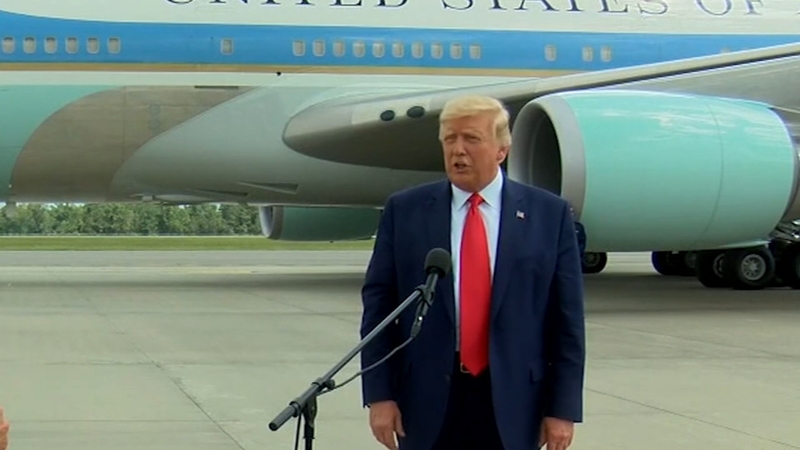 "We actually had a case of this in Fort Bend County in 2016," said Green in a last minute press conference called today. "A man did what the president is recommending... and was arrested."

In 2016, the Fort Bend County Sheriff's Office arrested a man in Sugar Land after he allegedly tried to vote at a polling location after already voting by mail. At the time, deputies said he allegedly told them he was trying to "test" the system.

That's similar to what President Trump said on an airport tarmac in North Carolina yesterday.

"Let them send it in, let them go vote, and if the system is as good as they say it is, then obviously they won't be able to go vote," said the president.

That assertion drew a rebuke this morning from Green, who says if that happens in en masse, it could cause chaos.

University of Houston Political Science Professor Brandon Rottinghaus says unless the president forcefully walks back that suggestion, he would not be surprised to see exactly that.

"There's definitely a case to be made that people would follow what the president said," said Rottinghaus. "The president's supporters are very hardcore and many take him at his word. Him telling people to vote illegally could result in people voting illegally."