HOUSTON (KTRK) -- A man and woman injured in an awning collapse at the Houston Livestock Show and Rodeo have been released from the hospital, according to rodeo officials.

15-year-old Keziah Rodriguez and her cousin were looking for seats inside the food tent when she heard a loud noise.

"It was just like a loud thump," Rodriguez said, "We just heard everybody gasping."

Rodriguez said she saw a pregnant woman pinned to the ground beneath a large wooden awning.

"She was, like, crying and holding her head and her belly because she was pregnant, and we felt like really bad for her," Rodriguez said, "Because what would happen to the baby since she was like really due?"

A neighboring vendor said he and about four other men were able to lift the wooden awning off of the woman. He estimated the awning was about 20 feet long and six feet wide.

According to Houston Livestock Show and Rodeo officials, the two people injured in the awning collapse were treated at the hospital and released.

A spokesman for Aramark said the company is investigating the cause of the accident. 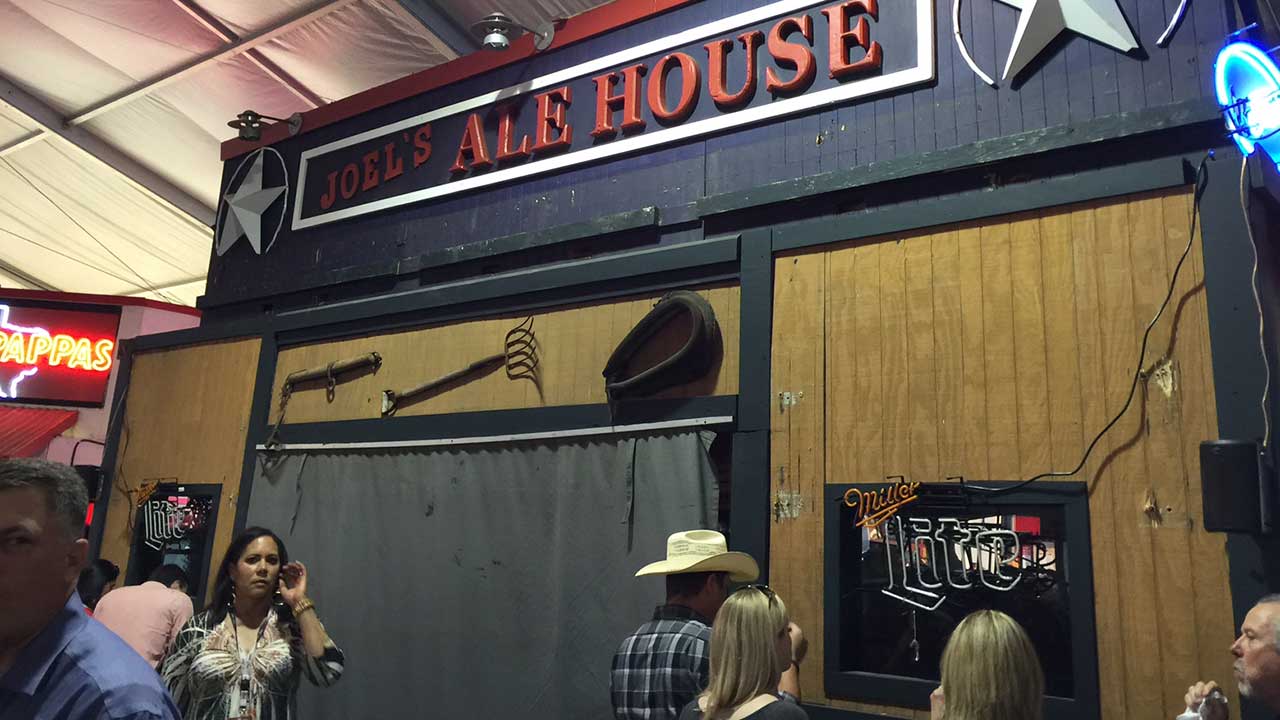