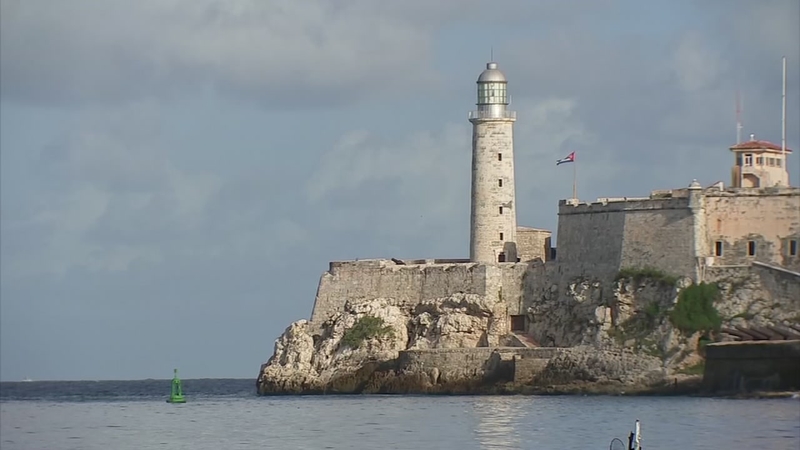 HOUSTON (KTRK) -- Havana, Cuba is filled with energy, with life.

As content as people here might seem, there is a deep and silent hatred of the Cuban government, especially among the younger generation. They speak of a bleak future, one of little opportunity and stifled oppression. Just listen to the extraordinary interview of this one young man.

"Life in Cuba is a heinous life. Difficult. Too much hunger," Cuban Daniel Solis said.

Solis is a college graduate and a registered nurse, but he's not putting his degree to work.

"I'm driving, driving a bike because I got to earn my livelihood this way because other way is not possible," he said.

Daniel, like his older brother, is a bike taxi -- by choice. He hopes to make $120 this month. That is double the salary he made as a government nurse.

"The government is so terrible. So bad. I hate Fidel Castro," he said.

"And you hate his brother Raul?"

This type of anti government rant is usually only spoken in secret. But Solis is tired of the secrets.

A person can be thrown into jail for such words. But with today's improving relations with the United States, there seems to be a new openness.

"Now I think Raul Castro is open more. I think this is good for future of Cuban people," Cuban Salvador Macillas said.

It was back in 1960 that the United States imposed the embargo against Cuba. It was designed to crush the dictatorship, but the Castros haven't gone anywhere.

At Revolution Square, images of Fidel and his Marxist revolutionary accomplice, Che Guevara, are everywhere. But political change is on the horizon.

"We have to wait and see. I think that it's going to be okay for Cuba," Cuban artist Alia Alfonzo said.

Like others here, Alfonso says he can sense it, feel it, and with open arms, the younger generation welcomes it.
Related topics:
politicsu.s. & worldcuba
Copyright © 2021 KTRK-TV. All Rights Reserved.
More Videos
From CNN Newsource affiliates
TOP STORIES