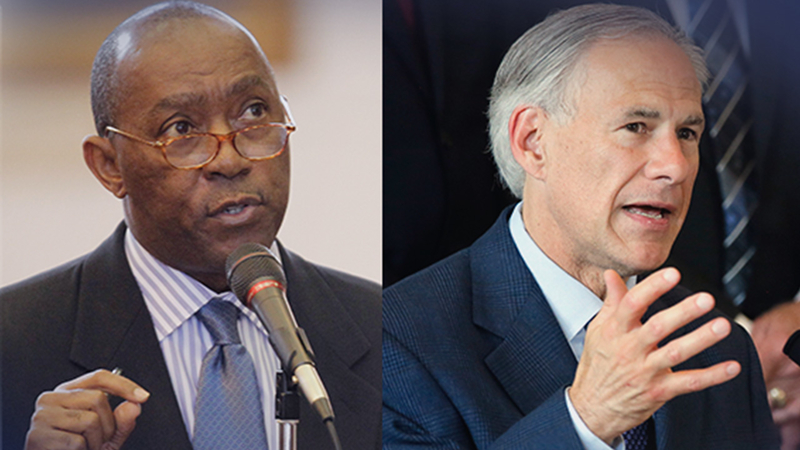 HOUSTON, Texas (KTRK) -- Houston Mayor Sylvester Turner said Wednesday he thinks the state controlling more than $4 billion in Hurricane Harvey funding is political, and not because of the city's efforts to rebuild and mitigate.

"This is the silly part of the season," said Turner, who is up for re-election. "This is October. This is pre-election time."

The state announced last week it would not directly send the money to Houston and Harris County.

Then, this week, Turner tweeted about the move, saying "The State of Texas has taken over spending federal money for flood mitigation. But the state has failed to expedite previous spending."

The state of Texas has taken over spending federal money for flood mitigation. But the state has failed to expedite previous spending—Houston is still getting money for Ike recovery. This is a money grab by the state to spend it in places outside Houston and Harris County.

Gov. Greg Abbott responded from his personal account, saying Mayor Turner demanded that Houston get its own allocation of more than $1 billion.

Two years ago you DEMANDED the State provide Houston with advance funding to respond to the hurricane & predicted dire results if you didn't get it.

In Sept. 2017 I immediately handed you checks for more than $100 million. Today 35% of that remains unspent.

"This criticism, at this point, I find it fascinating," said Turner. "Especially because our conversations with the Texas Department of Emergency Management have been very positive."

The Texas General Land Office told ABC13, "We're not working on a timeline of politics. We're working on getting these funds expedited."

The action plan for funding is due Feb. 1, according to the General Land Office. Last week, a spokesperson said its self-imposed deadline was for determining whether or not to give the money directly to cities and counties. They said it was not timed for an election, in which the mayor faces multiple opponents.

"I just find it a little suspect that this criticism is coming at this particular time," he said.

The governor's office also insists this is not politics. but a function of the city and the county moving too slowly in Hurricane Harvey's wake. Turner said his primary concern is making sure that Houston and Harris County get a fair share of the money based on the damage Harvey caused.

"The way these dollars work," explained Turner. "The state is not obligated to spend this $4.3 billion, for example, on the cities or the local governments that were directly impacted. They can spend a lot of these dollars in other geographical areas."

The General Land Office said it is looking for regional projects large in scope that will have the biggest impact on mitigating flooding. That may mean that multiple cities and counties will share projects and may not be specific to one particular region.

The agency said it wants to maximize impact and minimize risk. Turner said he wants to keep the dialogue open.