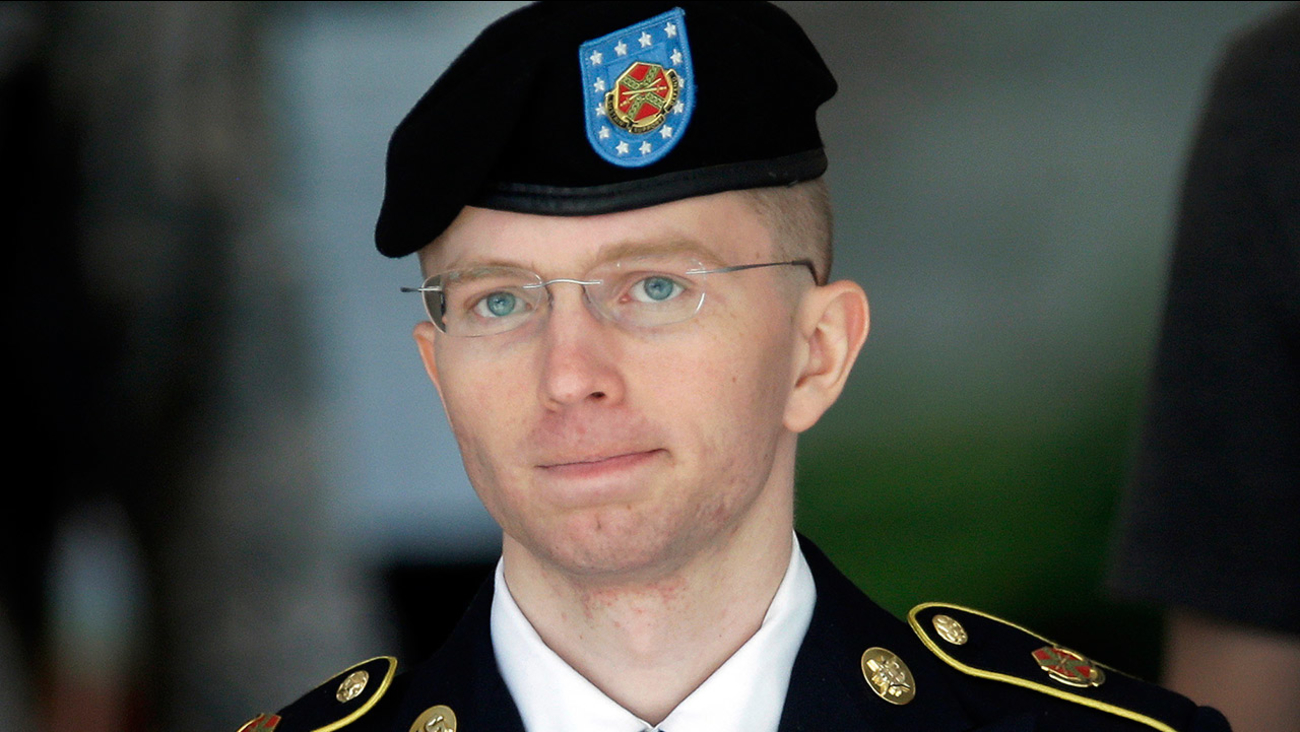 In this June 5, 2013, file photo Army Pfc. Bradley Manning is escorted out of a courthouse in Fort Meade, Md., after the third day of his court martial. (AP Photo/Patrick Semansky)

AP
WASHINGTON -- The Pentagon is trying to transfer convicted national security leaker Pvt. Chelsea Manning to a civilian prison where she can get treatment for a gender-identity condition. But her lawyer said Wednesday that a move from a military prison would make Manning choose between the treatment and her safety.

Two Pentagon officials told The Associated Press on Tuesday that Defense Secretary Chuck Hagel gave the Army approval last month to try to work out a plan to transfer Manning from Fort Leavenworth, Kansas, to a federal prison. Manning entered the Army as a man named Bradley.

The officials were not authorized to speak on the record and discussed the matter on condition of anonymity.

Manning has been diagnosed with gender dysphoria, the sense of being a woman in a man's body. Civilian prisons can provide treatment, but the Defense Department does not, and a transfer would allow her to see if she wants to complete the transformation to being a woman.

In this undated file photo provided by the U.S. Army, Pfc. Bradley Manning poses for a photo wearing a wig and lipstick. Manning plans to live as a woman named Chelsea .

Transgender people are not allowed to serve in the military.

Manning was convicted of sending classified documents to anti-secrecy website WikiLeaks. The soldier has asked for hormone therapy and to be able to live as a woman.

The request was the first by a transgender military inmate and set up this dilemma for the department: how to treat a soldier for a diagnosed disorder without violating long-standing military policy. The military has also repeatedly argued that it does not have the medical expertise to provide treatment for gender dysphoria.

Manning cannot be discharged from the service while serving her 35-year prison sentence.

Her lawyer, David Coombs, contended that civilian prisons are not as safe.

Coombs said "any military facility would be acceptable." In a statement, he said "it is common knowledge that the federal prison system cannot guarantee the safety and security of Chelsea in the way that the military prison system can."

Mara Keisling, executive director of the National Center for Transgender Equality, said the Constitution requires that prisoners be given medical treatment. "The Constitution prohibits cruel and unusual punishment against any prisoners," she said. "It doesn't matter if she's requesting treatment for gender dysphoria or a broken leg. They have to treat her. And it is cruel to withhold medical treatment."

Pentagon press secretary Rear Adm. John Kirby said no decision to transfer Manning to a civilian detention facility had been made. "Any such decision will, of course, properly balance the soldier's medical needs with our obligation to ensure Pvt. Manning remains behind bars," he said.

Coombs said responsibility for Manning rests with the military.

"The military's refusal to provide necessary medical treatment to Chelsea is flat-out transphobia," Coombs said. "Rather than deal with the reality that transgender persons are currently serving in the military, the military would seek to pawn off any responsibility for these."

The Army sends an average of 15 to 20 prisoners a year to civilian prisons. But Manning's appeals have not been exhausted, she's still in the military and her case is of national security interest. Those are factors that normally would prevent a transfer.

The former intelligence analyst was sentenced in August for six Espionage Act violations and 14 other offenses for giving WikiLeaks more than 700,000 secret military and State Department documents, along with battlefield video, while working in Iraq in 2009 and 2010.

Part of Manning's defense was that she should not have been deployed because of her deteriorating mental health. That included evidence about the soldier's extreme mental pressure over her gender-identity issues during the "don't ask, don't tell" era when gay service members could not serve openly. That policy was later changed.

After the conviction, Manning announced the desire to live as a woman and legally changed her name to Chelsea.

The soldier has been diagnosed by military doctors multiple times, including last fall after arriving in Fort Leavenworth, as having gender dysphoria.

By November, a military doctor there had approved a treatment plan, including hormone therapy, but it had to be considered by senior military officers, according to a complaint Manning filed in March.

That plan has not been publicly released, but Manning said in the complaint that she had specifically asked that the treatment "plan consider ... three types of treatment."

Those were "real life experience," a regimen in which the person tries dressing and living in the new gender, though that's not possible in the Leavenworth men's facility); hormone therapy, which changes some physical traits such as breast and hair growth; and sex reassignment surgery.

Manning has not publicly said if she wants surgery.

Hagel said Sunday that the prohibition on transgender individuals serving in the armed forces "continually should be reviewed."

A transgender individual is someone who has acquired the physical characteristics of the opposite sex or presents himself or herself in a way that does not correspond with that person's sex at birth.