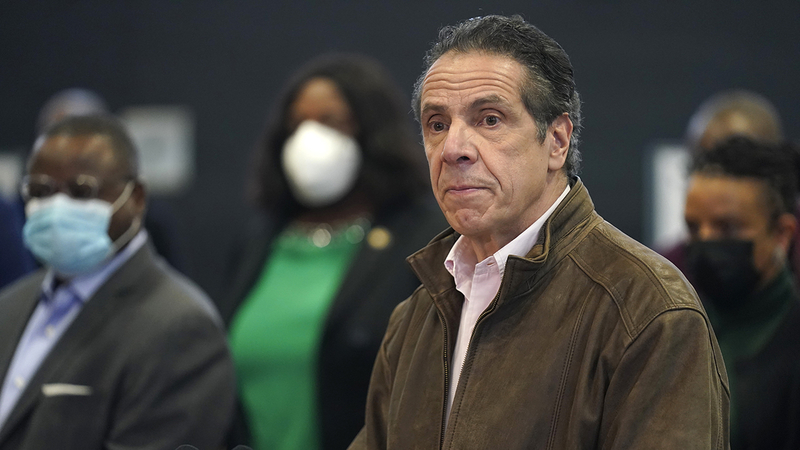 In the interview, published in The New Yorker, the governor's former adviser provides new anecdotes of the embattled governor's alleged harassment, bullying, and intimidation tactics.

Boylan, 36, first came forward with allegations in December and fleshed them out in a late February blog post amid scrutiny of Cuomo for the pandemic's death toll among residents in state nursing homes. At least seven women total have come forward with claims since.

In her interview with Farrow, Boylan recounted a 2018 incident in which a dog jumped on her in the governor's mansion and Cuomo "joked that if he were a dog, he would try to 'mount' her as well."

"I remember being grossed out but also ... what a dumb third-grade thing to say," Boylan said in the interview.

She had previously alleged that Cuomo tried to kiss her during a meeting in his New York City office in 2018.

Farrow appeared on "Good Morning America" in an exclusive interview Friday morning. He explained why Boylan wanted to do the interview with the New Yorker.

"We unearthed emails, texts, both internal communications in the governor's office that talked about her looks, and alluded to an elevated level of interest from the governor, and also private communications with her mother, with friends, where she seemed to be fearful of the governor ... Each of those individual incidents comes against a backdrop of what she really did perceive to be serial harassment."

A spokesperson for Cuomo declined to comment to the magazine on this claim but reiterated Cuomo's denial that he behaved inappropriately with Boylan.

The article also details newly reported plans by Cuomo advisors to discredit Boylan, by reportedly leaking Boylan's personnel records and releasing a letter attacking her credibility. They allegedly wanted to use the press to turn the tables on her and accuse her of bullying female colleagues, including Black women.

"I think this is one of the most significant revelations here, this matches more of the emerging data in multiple stories that show a pattern of the governor weaponizing any available information from his aides and through intermediaries in New York politics and getting them into the press," Ronan told "GMA."

The governor has repeatedly denied allegations of inappropriate behavior.

Cuomo has, however, admitted he may have made people feel uncomfortable.

"I acted in a way that made people feel uncomfortable. It was unintentional, and I truly and deeply apologize for it," Cuomo said.

"I don't think the average person in New York State would like to know that their governor is an absolute monster," Liss said.

President Joe Biden told "GMA's" George Stephanopoulos that if the investigations show wrongdoing, the governor should step aside.