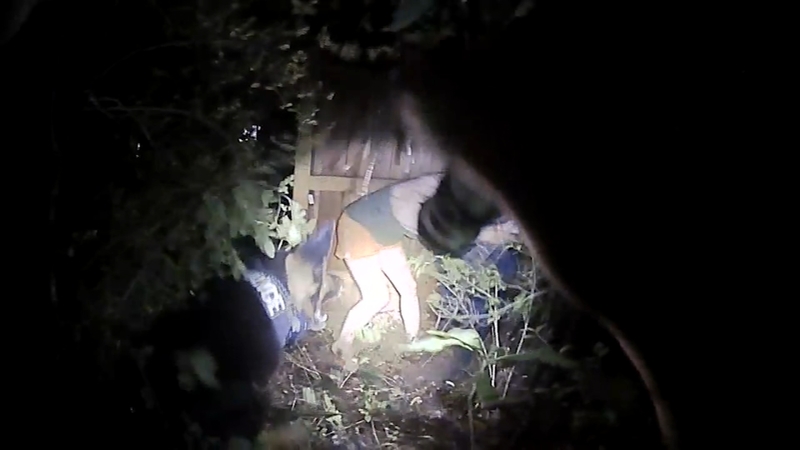 CONROE, Texas (KTRK) -- A mom of two is now suing multiple agencies after an arrest involving a Conroe police attack dog in 2018. This week, Conroe police released the incident. It shows, Sligh backed into a corner along her fence with a deputy and trained police dog with its handler Tyson Sutton.

Now, Sligh has filed a civil rights lawsuit in a Houston federal court.

According to Sligh's attorney, she ran into the woods barefoot and unarmed just before this happened. Her boyfriend called the police for a welfare check when he says she was exhibiting suicidal behavior and had cut herself.

The Montgomery County deputies found her backed into the fence as seen in the video. The lawsuit states Conroe police officer Sutton released the dog on Sligh when she pulled away from the deputy.

The dog latched onto Sligh for over a minute and had bit her several times.

Sligh was in the hospital for about a week and had to return multiple times when her dog bites had been infected. She now has thousands of dollars due in hospital bills.

The woman suffers from bipolar disorder, anxiety and depression, she says this entire ordeal has left her with more mental health issues.