A 3-day saga started at a gas station where a man was shot twice in the chest, but ended overnight with that same man accused of taking police on a chase.

HOUSTON, Texas (KTRK) -- A man accused of leading Houston police on a high-speed chase overnight is in critical condition.

The suspect had a bizarre past few days, according to police, that included being shot twice before he allegedly stole an Uber driver's SUV outside of a hospital.

The strange series of events started a few days ago on Country Creek and Bissonnet on the southwest side of town. That's where the suspect was shot twice and then taken to Ben Taub Hospital.

On Monday, police say the man left the hospital and drove away in an Uber driver's Toyota RAV 4 that was left running and unattended.

Overnight, authorities received a signal from the stolen SUV, and when they tried to pull the vehicle over, the chase began, and somehow, things got even crazier.

"At some point during that chase at the intersection of Synott and Bellaire, the suspect came to a stop, intentionally backed his vehicle into a patrol car, striking the patrol officer, and then putting it in drive before striking a civilian in front of him," said HPD's Reece Hardy.

Officials say the suspect kept driving, but eventually pulled over on Westpark, where he left the car and tried to run away.

"Officers caught up with the suspect about 50 yards away from here behind me, was able to place the suspect into handcuffs and when they turned the suspect over, realized he was in distress and not breathing," Hardy explained.

Police and HFD firefighters revived the man, who is now back at Ben Taub Hospital.

"It is pretty amazing that he was doing all of this and leading officers on a chase with two bullet holes in his chest just from two or three days ago," said Hardy, who added that the suspect was still wearing his hospital gown and arm band during the entire chase.

Officers say the suspect is also tied to a different shooting.

If he survives, he faces charges of auto theft and evading police. 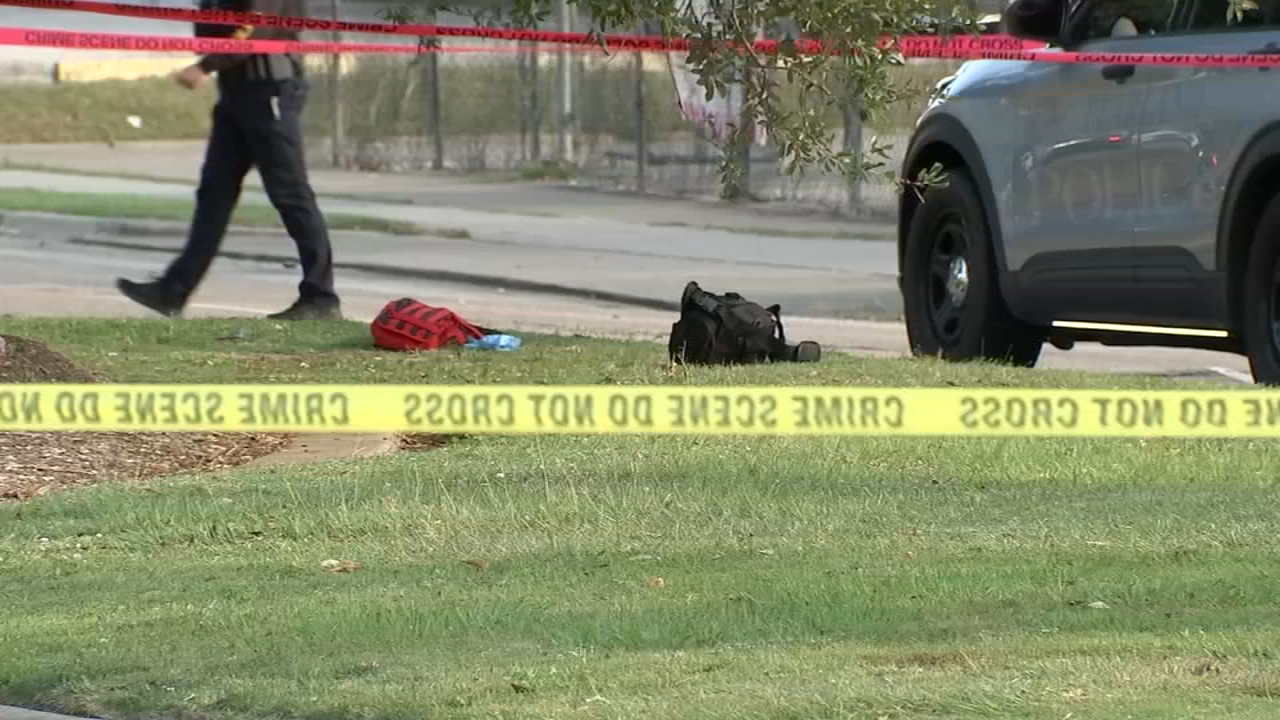