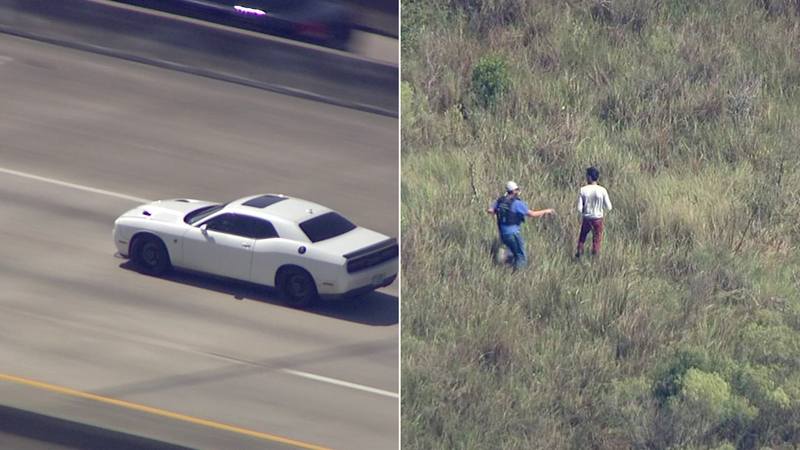 HOUSTON, Texas (KTRK) -- The driver who memorably led authorities in a high-speed chase behind the wheel of a stolen Dodge Challenger Hellcat muscle car has been sentenced to three years in prison.

Mohmed Ahmed Abu-Shlieba, 25, pleaded guilty to evading arrest stemming from the October 2017 chase, which started in Houston and wound up in a cow pasture two counties away in Jefferson County.

Abu-Shlieba led officers in a pursuit along Interstate 10, topping out with speeds of more than 100 mph. After roughly an hour, the suspect got off the freeway in Winnie, Texas, about 60 miles east.

SkyEye13 captured the suspect pulling over to the side of Highway 73, south of Beaumont, and taking off on foot into a wooded area.

Officers searched for the driver amid the brush before he was spotted, walking casually and talking on his cell phone. A deputy tackled the man and he was taken into custody.

According to authorities, Abu-Shlieba was believed to have had active warrants at the time of the chase.