HOUSTON, Texas (KTRK) -- A driver who led a chase with a sheriff's deputy died from a self-inflicted gunshot when he stopped on the left shoulder of the Katy Freeway on Thursday afternoon, according to investigators.

Houston police, who are leading the investigation in the incident, said the deputy discharged his duty weapon just before the suspect shot himself on I-10 West near Mason Road at about 1:30 p.m.

According to a tweet posted by Harris County Sheriff Ed Gonzalez, deputies were trying to pull the driver over for a traffic stop when the chase started.

Police added when the driver abruptly stopped, the deputy following him saw him raise a gun in his direction.

Police said deputies then used a metal rod to slide the gun out of the driver's hand and onto the floorboard. Deputies removed the driver and called for paramedics. The suspect was then transported to an area hospital via Life Flight helicopter, where he was was pronounced dead.

No deputies were injured in the incident.

Police do not believe the deputy's round hit the driver. The case is being investigated by HPD's Special Investigations Unit and the Harris County District Attorney's Office.

HPD noted that it is the lead investigating agency since the shooting took place in its jurisdiction. 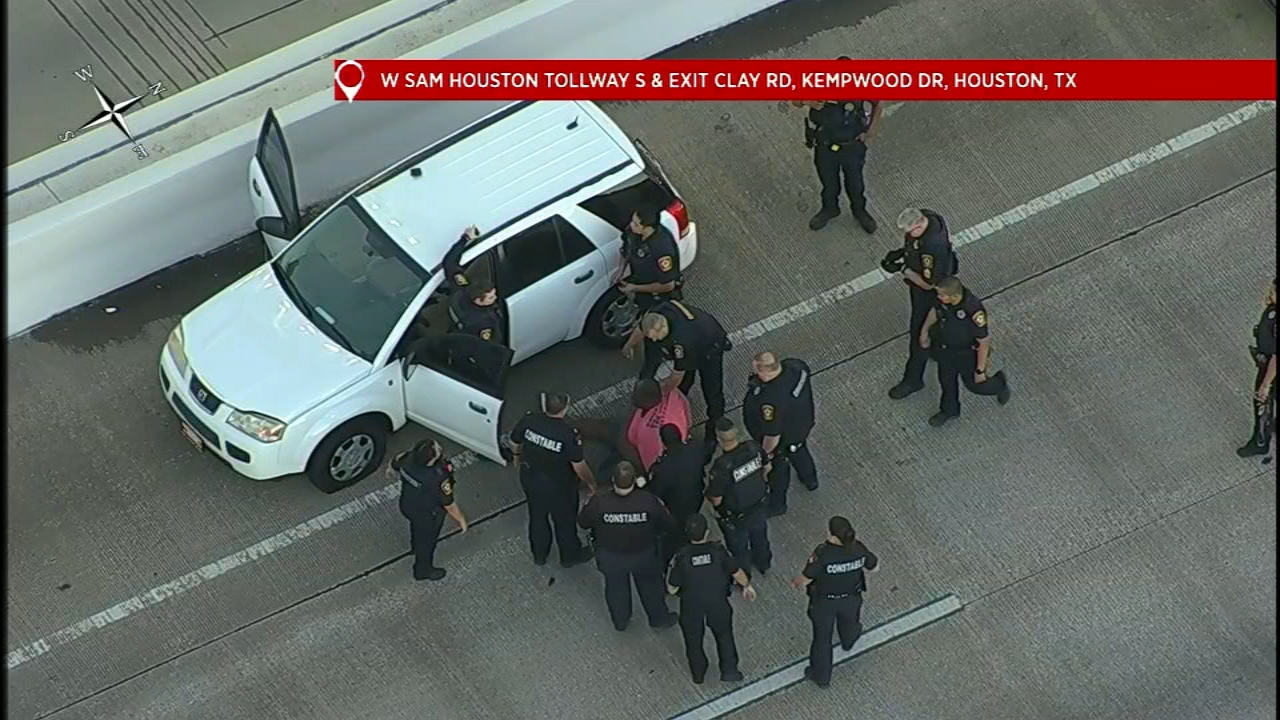