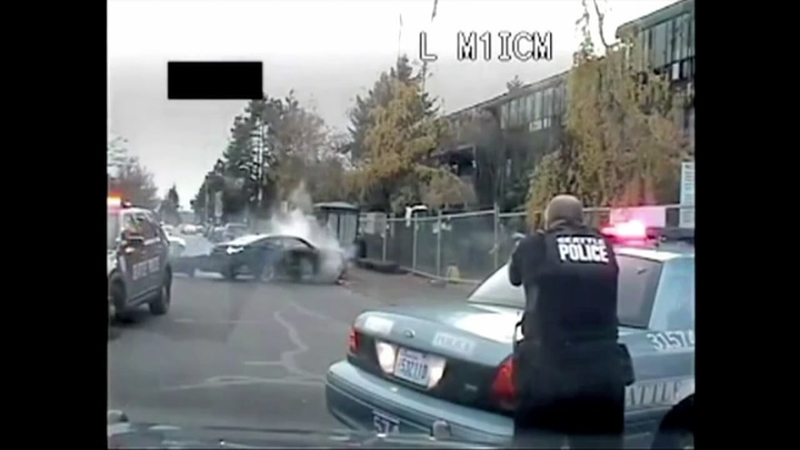 SEATTLE, WA (KTRK) -- A suspect led Seattle police on a wild high speed chase, driving the wrong way, ramming police cars and eventually shooting it out with police in barrage of gunfire.

Linzi Sheldon of KIRO-TV reports, it all started Sunday when police got on the trail of a carjacking suspect, and he turned into oncoming traffic. The chase escalated when the suspect fired shots at police as they were chasing him.

Video of the chase shows one police car ram the suspect's vehicle in an attempt to stop him, but the suspect slipped past until police finally cornered him. That's when, according to police, he pointed a gun at them and started driving toward them. Officers unleashed a hail of gunfire at the suspect, killing him.