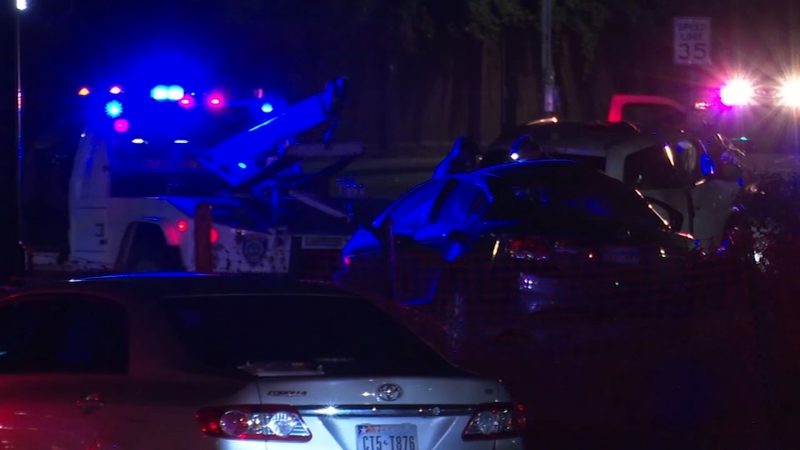 HOUSTON, Texas (KTRK) -- The Houston Police Department said a series of chases and crashes on Monday night, which left two innocent people in the hospital, is rare for the city.

Chief Art Acevedo told ABC13 that they balance the risk of letting a suspect go, with the risk that each pursuit poses a threat to the public.

"I can tell you (that) I monitor the radio when I hear a pursuit. I'm not afraid or hesitant to call it off if it's a traffic violation," Acevedo said.

Acevedo said 85 to 90% of the drivers who flee are wanted for other crimes.

The three chases on Monday night were no exception.

Police said one suspect was carrying an illegal weapon, a second suspect was wanted for outstanding warrants in Harris County, and the third suspect was driving a stolen car.

An innocent person was injured in two of the crashes.

"One, is one too many," Acevedo said.

He added that the department will not halt police pursuits, even as they rise from about two a day to three a day.

"Over 90% of them go without a hitch, without anyone getting hurt, without any crashes," Acevedo said.

During another pursuit Monday afternoon, two women led police on a short chase, but eventually gave up and peacefully surrendered on Highway 59.

Acevedo says he's hopeful that one day advanced car technology would allow police officers to remotely disable a car during a pursuit.

"Sooner than people realize, we're going to be able to bring these pursuits to a conclusion rather than having to chase these folks."

In every chase last night, the suspected driver was caught and arrested.