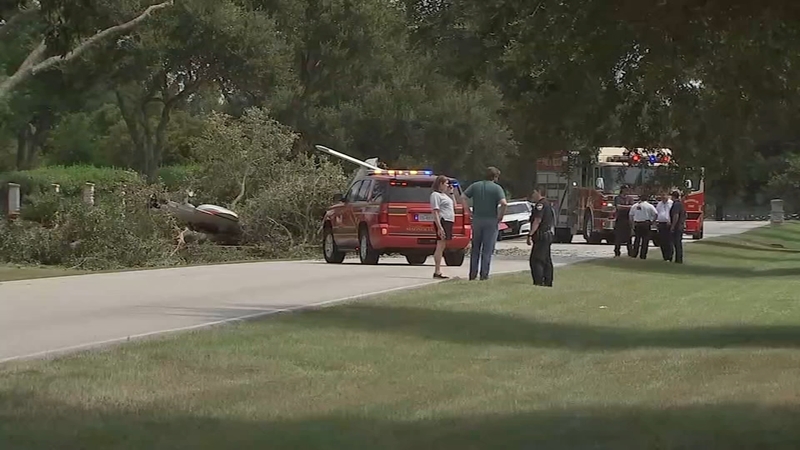 MONTGOMERY COUNTY, Texas (KTRK) -- The pilot of a small aircraft was able to walk away from a crash Sunday after both engines failed.

It happened around 11 a.m. in the 29900 block of Post Oak Run near High Meadow Ranch Drive south of Magnolia.

The man was flying when he lost power in one of the engines and began looking for a place to land the aircraft, according to a man on the scene who said he was the pilot's son.

As he descended, the second engine on board the aircraft failed, the man said. That's when the aircraft slammed into a tree before hitting the ground.

The pilot suffered a bump to his head but was able to walk away from the incident, his son said.

Texas DPS state troopers were handling the investigation into what led to the engine failure.

Meanwhile, crews were called about another aircraft that was allegedly having trouble in the skies over Montgomery County.

Dispatchers reported receiving multiple calls early Sunday afternoon about smoke coming from an aircraft flying in the area of Trero Lane outside of Willis.