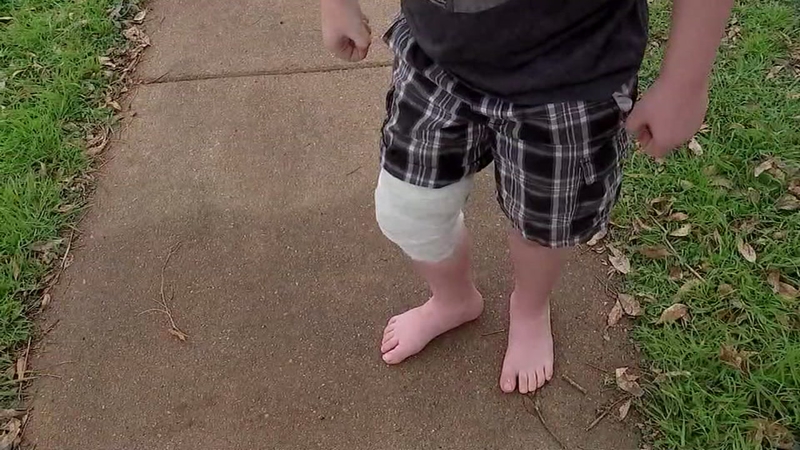 HOCKLEY, Texas (KTRK) -- It was a scary moment for a young boy who moved a trash can at his family's home.

"I put the trash can where I can put it, and here comes the dogs where they came running at me and bit me," Christopher Bentley Jr. said.

Christopher's father says his son is limping badly Sunday after being attacked by three pit bulls. Christopher has several wounds on his legs and about nine staples.

"We want to let everyone in the community know that there are loose dogs running around," said the father.

The father also added that as medics arrived, he thought they were coming for his son. He didn't know the neighbor had just been attacked too.

"I was on the floor and I tried to kick them," said the neighbor. "And then the other one grabbed me."

He says he has wounds on his leg and arm. When his family saw the dogs coming, he tried to get everyone in the house, but he was stuck outside.

"This could become a real serious problem now," said the neighbor.

Harris County Precinct 4 and Animal Control have been called in to investigate the incidents.

The injured neighbor says he is worried if something isn't done, the dogs could attack again.

"It could have been much worse," Christopher's father said. "They could have killed him."