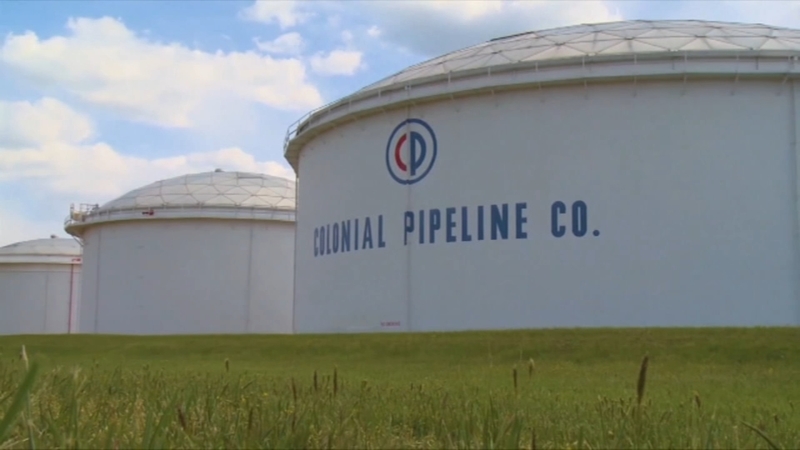 Pipeline attack is like 'parking boot' for computers, expert says

HOUSTON, Texas (KTRK) -- A ransomware attack forced a U.S. pipeline to shut down this weekend. So much of what we do on a daily basis heavily relies on computers and the internet. While there is no timeline on when this could be resolved, there are some concerns about its impact.

Dr. Chris Bronk with the University of Houston spoke with ABC13 about the cyber extortion plot against Colonial Pipeline. He warned many entities across the country remain vulnerable due to outdated computer systems.

SEE ALSO: Cyberattack on US pipeline is linked to criminal gang

"Imagine somebody put one of those boots that they put on your car when you park it, in the wrong place, on your computers. Everything is just locked up. Imagine going to your office tomorrow morning and turning on your computer and there's a box there instead of your login," said Dr. Bronk. "It says essentially your computer is not your own anymore. All of the contents in it are scrambled and until you pay us the ransom, some money, usually in cryptocurrency, you're not going to be able to use your computer."

Bronk said those types of attacks have and could impact corporations or municipalities.

"This is quite serious," said Bronk. "I don't want to make it overblown, but this is a big deal."

Dr. Eric Cole just finished the book "Cyber Crisis." He's worked for the CIA as a hacker and advised the Obama administration on cybersecurity. He said whatever happened to Colonial Pipeline over the weekend was serious.

Cole said with systems become more vulnerable when they utilize the internet for convenience.

"Whether you have a dollar in your bank account or a hundred million dollars ... whether you're a small or a large company, there are two fundamental facts. You are a target and cybersecurity is your responsibility," said Cole. "Until we raise our awareness, this problem is going to continue."