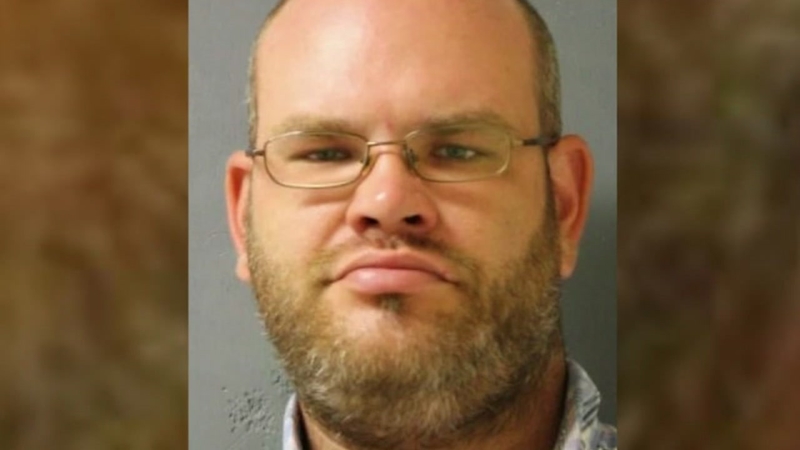 Driver and passenger arrested in fatal hit-and-run in Spring

SPRING, Texas (KTRK) -- A man is sentenced to 18 years after being found guilty of intoxication manslaughter and failure to stop and render aid in the death of a 68-year-old woman.

The bicyclist, who has not yet been publicly identified, was on the road inside Pundt Park on Friday, March 23, 2018. They were riding with seven other people.

"They were in the process of crossing a crosswalk when one of them was struck by a vehicle," said Pct. 4 Constable Mark Herman in 2018.

Two men were inside the small SUV.

The driver, Philip Trahan, left the scene and drove his compact SUV into a wooded area, according to Herman.

Phillip L Trahan was sentenced to 18 yrs after a jury found him guilty of Intoxicated Manslaughter for killing a cyclist in ‘18. We are grateful to Assistant District Attorneys Savana Hooper and Cameron Mears for their work on this case. pic.twitter.com/WDjkQZBPTv

"They crashed out," Herman said.

By that point, a perimeter had been set up around the park.

A few minutes later, the 37-year-old and his passenger, 44-year-old Angel Escobar, were both arrested.

According to public records, Trahan lives less than five minutes from the park, where the woman was struck and killed.

Trahan's last charge on his criminal record was 10 years prior to March 23, 2018. Among his prior convictions and guilty pleas are two marijuana possession cases, home burglary, and theft.