The British 1980s music icon was at the 1836 Battle of the Alamo and Texas Revolutionary shrine in downtown San Antonio on Thursday, announcing the donation of his collection of related artifacts - one so vast it's considered the world's largest such private collection.

Collins, the 63-year-old Genesis singer-drummer, joked he'd spent "all the money that I made from music" on 200-plus pieces related to the battle where 1,500 Mexican troops laid siege to 200 Texans. He said he wanted to ensure the collection was better cared-for in the future.

Collins has been an Alamo aficionado since growing up in London and watching actor Fess Parker portray Davy Crockett in a 1950s Disney miniseries.

"I've had a love affair with this place since I was about 5 years old," said Collins, who sweated in a button-down shirt and spectacles before a cheering crowd of dignitaries and tourists who gathered in front of the Alamo for the occasion. "It was something that I used to go and play in the garden with my soldiers."

Collins said his favorite artifact was also his first, purchased for him in the 1990s by his then-wife: a receipt for the sale of the saddle of John W. Smith, an Alamo messenger who rode through Mexican lines and pleaded for reinforcements before the battle.

The collection also includes a rifle owned by Crockett, his leather shot pouch and a pair of powder horns Crockett is believed to have given to a Mexican officer before his death - as well as muskets and musket balls that belonged to Mexican soldiers.

Texas Land Commissioner Jerry Patterson said Collins would pay to ship the artifacts to Texas with the understanding that the state would use public funding and private donations to eventually spruce up the Alamo site - including erecting a building to house the collection. In the meantime, some items will be displayed as soon as October. 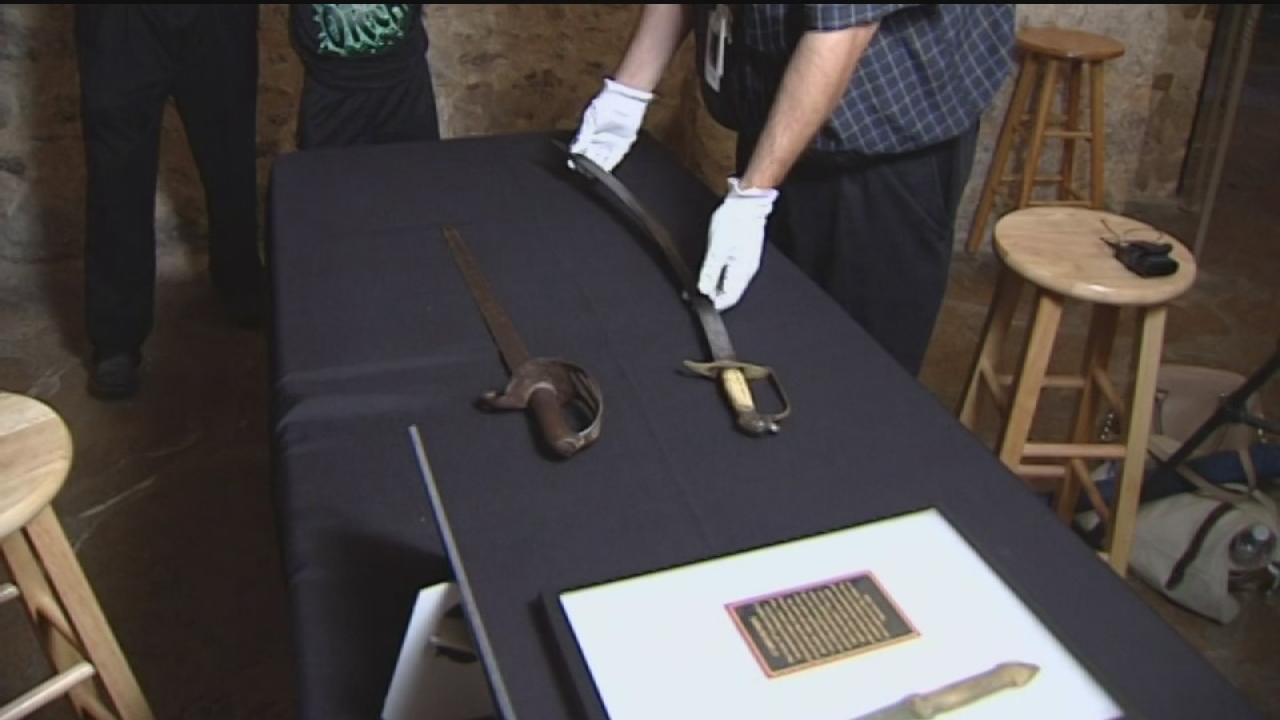 Phil Collins donates artifacts
The Grammy-winner says at 63, he's getting up in age and that has been looking at the artifacts every day, wondering what he's going to do with it all.

The collection is worth millions but Collin said, "Being British, we don't talk about that kind of thing." He promised to keep buying artifacts and "once I've lived with whatever I buy for a month, I'll ship it over here."

Collins mostly retired from music in 2011 but first came to the Alamo in 1973, while on his first U.S. tour with Genesis. He, singer Peter Gabriel and the tour manager had three days off and each got to pick a destination. Gabriel picked Hot Springs National Park in Arkansas and Collins chose San Antonio.

"I was just spellbound when I first saw it in person," he recalled. "Having lived all my life, to see it in books and movies and the pictures in magazines, it was really quite extraordinary."
Related topics:
san antoniotexas newsalamo
Copyright © 2020 by The Associated Press. All Rights Reserved.
More Videos
From CNN Newsource affiliates
TOP STORIES