KABC
ARCADIA, California -- Santa Anita Park suspended racing indefinitely after another horse died Tuesday due to an injury on the race track, bringing the death toll to 21 horses within the last two months.

The latest horse death was reported on Saturday. It happened during the third race of the day when Eskenforadrink suffered a life-ending injury to her ankle when she was leading the pack. The 4-year-old filly had to be euthanized.

The park announced earlier Tuesday it had hired Dennis Moore, a consultant for the track.

The Stonach Group, which owns the park, said in a press release that racing and training were suspended while the 1-mile track underwent "additional extensive testing."

All races scheduled for this weekend would be rescheduled, the release said.

Another horse died Saturday during races at Santa Anita Park, bringing the death toll to 20 horses within the last two months.

Before Eskenforadrink's death, 19 other horses had died within the last two months at the park, which prompted a two-day closure of the main track. Officials put the soil through intense testing, including ground-penetrating radar, to make sure nothing would happen again.

Officials said the horses that have died suffered a number of different fractures and at least one had a heart attack. Necropsies are being done to the horses to determine their exact causes of death.

Some said the unusually wet winter may be a factor in the deaths, while activists, including PETA, say the horses are overworked.

"Twenty dead horses is 20 too many and the only responsible action is for the track to close immediately to stop this spiral of deaths. The California Horse Racing Board and Santa Anita must do this now, and law enforcement must begin an immediate investigation of trainers and veterinarians to find out if injured horses were being forced to run," a statement from PETA said, in part.

The organization is also calling for the district attorney to investigate as track officials wait for results of their own investigation to see if the tragedies are connected.

On Sunday, Santa Anita Park officials said the condition of the racetrack is good, adding that 390 horses completed workouts at the track from Thursday to Saturday without injury. 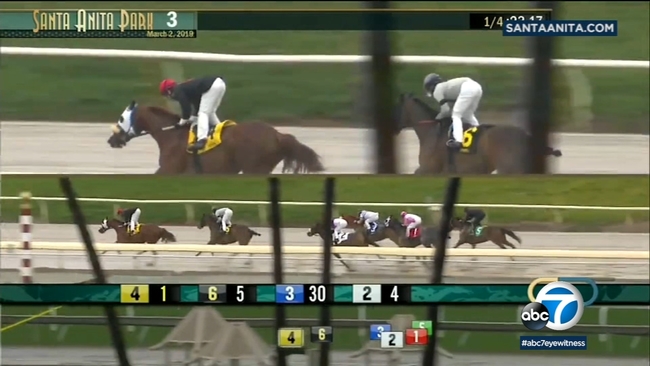 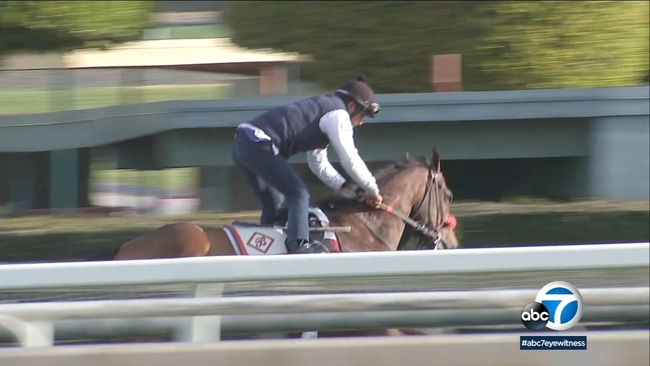