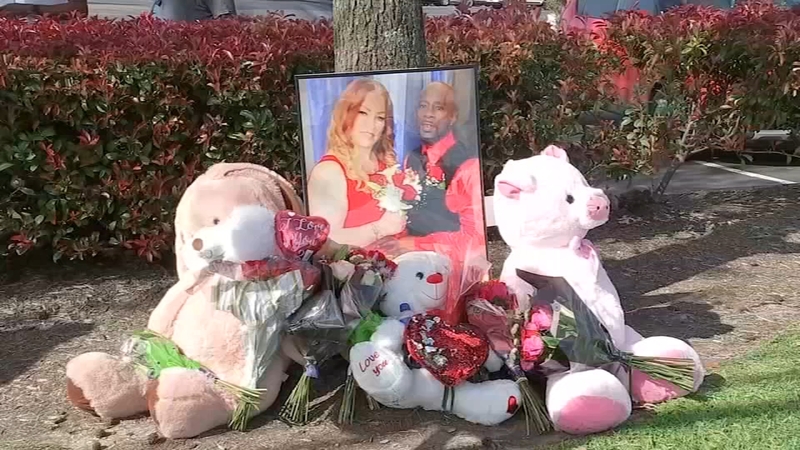 Driver charged in crash that killed couple to remain in jail

HOUSTON, Texas (KTRK) -- The man accused of driving drunk and killing a married couple did not appear before a judge on Wednesday.

We're told by court staff that Donovan Donte Harris was appointed an attorney, but did not show up. Judge Ramona Franklin did not make a decision on bond for two counts of intoxication manslaughter.


Ann and Sederick Barrett's loved ones told Eyewitness News at a memorial on Monday they want Harris to be kept in jail, without bond as the criminal case moves forward.

Police said the 27-year-old was speeding and was intoxicated at the time of the crash Sunday in the 6100 block of Westheimer Road near Briargrove. Harris has been charged with two counts of intoxication manslaughter.

A memorial now sits along Westheimer at Greenridge near where the accident happened.

Police said Ann and Sederick Barrett had spent the evening eating with friends at Angus Grill Brazilian Steakhouse. They left their car parked on the north side of Westheimer to briefly visit friends at Kamp Houston across the street.

The couple was crossing to get back to their car when they were hit. Investigators said they were not at a crosswalk and in a poorly lit area.

Police said Harris was speeding in a black BMW, allegedly going 70 miles an hour. He did stay at the scene but police said a passenger in his car ran off.

"It was like a big explosion," a close friend of the couple, Dawn Esparza Gonzalez, said recalling the violent collision last night. "Everything in her purse was thrown everywhere. I couldn't even find my friend at first. Some people asked if I did CPR. There was nothing I could do."
Harris is expected in court at 9 a.m.

Police said three things contributed to the deadly crash: speed, signs of intoxication and lack of a crosswalk.