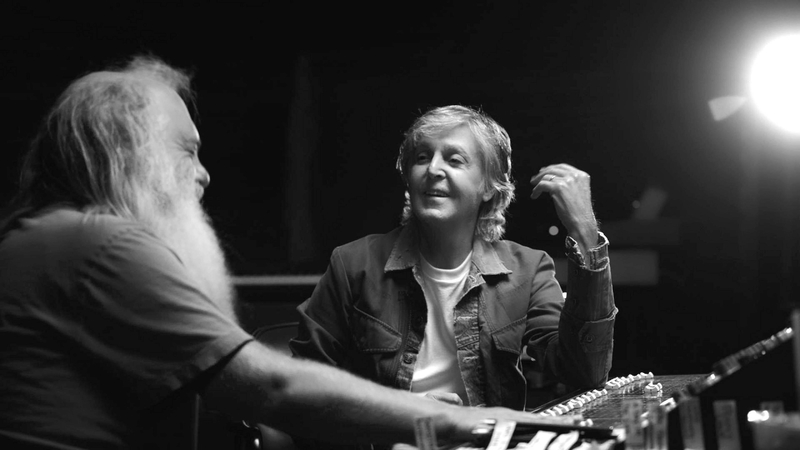 HOLLYWOOD -- A new series offers a rare look behind the scenes with music legend Paul McCartney. In Hulu's "McCartney 3, 2, 1", he sat down with producer Rick Rubin for an intimate conversation about music -- and much more.

Director Zachary Heinzerling says he tried to stay in the background and let McCartney and Rubin talk about whatever came to mind. There was no schedule, and McCartney was welcome to leave whenever he wanted. Luckily, he didn't.

"He's just so authentically himself that he has this calming presence and he put everyone else at ease," said Heinzerling. "He pulled up to set in his '90s Bronco by himself with a few guitars in the back, hopped out, walked right on the set. Said hey to everyone, had no kind of assistance, or managers with him. Immediately started talking with Rick and we basically just started filming from the minute he arrived to the minute he left."

The six-part series was shot over two days during the pandemic, at the end of 2020. They turned the interview area into a recording studio with a variety of instruments which McCartney would pick up and play as he explained the birth of their famous tunes. Among the revelations: McCartney tells Rubin how he became the Beatles bass player: No one else in the band wanted to do it.

'You can see, he's having so much fun re-listening to what are songs that he's, I'm sure, heard millions of times," said Heinzerling. "But it's almost as if he's hearing it for the first time or as a fan of his own music, singing along."