Man refused to get lawyer, sentenced to life in just 10 minutes 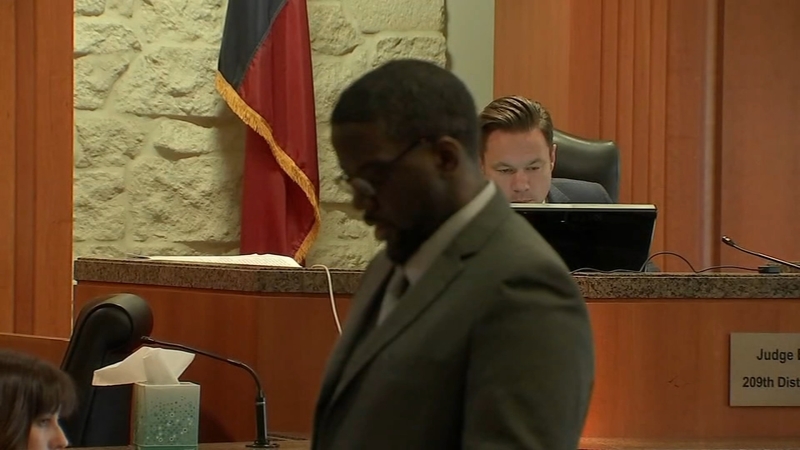 Man who represented himself in murder trial gets life

HOUSTON, Texas (KTRK) -- Patrick Lambert, who represented himself at trial was sentenced to life in prison for killing his wife and stuffing her in a refrigerator.

The jury spent around four days deliberating his guilt or innocence, but was out just about 10 minutes for the sentencing phase.

Lambert murdered his wife, Anastacia "Ana" Oaikhena-Lambert in Sept. 2014. Prosecutors said he stabbed her 19 times before stashing her body, and then taking a bus to Mexico with their infant son.
The body wasn't discovered for 10 weeks.

Lambert, against advice from others in the courtroom, represented himself in his murder trial. During the sentencing phase, he gave a closing statement that did not advocate on his own behalf. It was just an apology.

"I just wanted to say I did not protect Ana," he said. "I failed to protect her. I will punish myself forever for failing Ana and failing Ana's family."

The self-representation presented a challenge for prosecutors, who had to present their case against a man who is not a practicing lawyer.

"We don't want to look like we're beating up on him," said prosecutor Nathan Moss. "That's why we have attorneys, and we have to be very careful on how we proceed as to not look we are overbearing on him."

"I'm happy to see this, I'm so happy," said Anita Oaikhena Jeorge, Ana Lambert's sister. She traveled from her home in Germany to attend the trial.

Also watching the proceedings was Shontai Blye, who met Ana when they were both at a Houston-area women's shelter.

"I had a baby a year after," said Blye, who traveled from Florida to attend the trial. "I named his middle name Oaikhena after her. Every day I think about her. A human being doesn't put someone in a refrigerator and leave them there to rot. It's not what a normal person does. He should not be out here with people in normal society ever again."

The Lambert's son, who is now almost six years old, is living with his paternal grandparents.