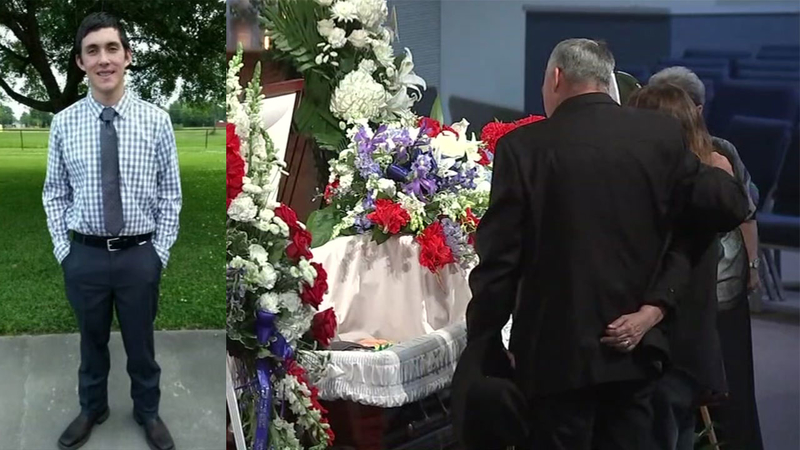 SANTA FE, Texas (KTRK) -- The funeral will be held Friday for Christian Riley Garcia, a teenager described as a hero by his family's pastor.

Pastor Keenan Smith with Crosby Church said everyone simply called him Riley around the congregation. Smith described Riley as a fun-loving kid, first to help, loved football, and enjoyed being outdoors.

Christian Garcia was a freshman at Santa Fe High School who died trying to protect others.

Smith also said the 15-year-old was a fan of country artist Toby Keith and his music.

Smith told Eyewitness News he was with Riley's parents when they heard the news of their son's passing.

He said investigators told the family Riley died trying to help others.

"He was holding a door shut so that he could protect other students that were there," Smith said.
"He lost his life when a gunshot came through the door. (The gunshot) took his life but, in the sacrifice of his own life, others were allowed to escape and had some time to get away. We know there were several lives lost but his story is a story of true heroism. He gave himself so others would have a chance," said Smith.

"That's a tough one of course. You're honored by that. As the news came in to his mother, I was with her. She broke, of course as you can imagine. Thinking that but yet also proud of her son that he thought outside of himself but also wanting to hold her baby. It's a difficult thing. At 15 years old, that's not what you're supposed to give your life doing."

The funeral service for Riley will be held Friday at 11:30 a.m. at Crosby Church in Crosby, Texas.

The motorcycle division with Harris County Constable Precinct 3 will assist with the escort to the burial site.

Authorities say the crowd is welcomed and encouraged to stand along the procession route in support of Christian's family and friends.

Funeral for Christian Riley Garcia, a 15-year-old victim of the Santa Fe High School shooting who's been described as a hero