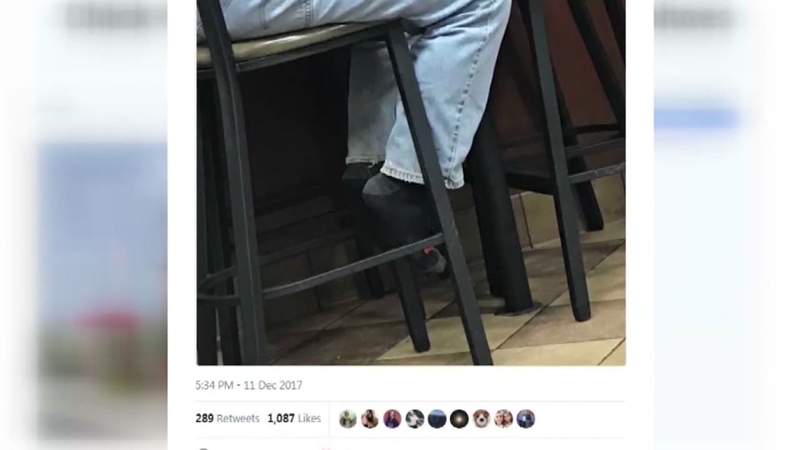 SCOTTSVILLE, Kentucky -- The holidays are all about giving back and a Kentucky pastor is getting a lot of attention after a video surfaced showing him doing just that.

He was stopping for a bite to eat at a Chick-fil-A and saw a man in the restaurant who had no shoes. Without thinking twice, the pastor removed his own boots and gave them to the man right there on the spot.

Mark Townsend said, "God said, 'I'll supply your needs,' and that's all that matters, I don't worry about nothing. I have a roof over my head, shoes on my feet."

Townsend is behind the random act of kindness that's getting a lot of buzz online, thanks to a 13-year-old who witnessed it and snapped a picture.

"It all started on Sunday and it ended on Monday night," Townsend explained. "What God had in store - it started with my little granddaughter. It ended up being a blessing to somebody and that's what we all need to be is just a blessing to someone."

After taking his granddaughter to an orthodontist appointment, they decided to grab a bite to eat. They only planned to go to the drive-thru, but at the last minute, they opted to go inside the fast food restaurant.

"We circled the parking lot twice, even thinking about going through the drive-thru," Townsend said. "She said let's go in, so we went in. It wasn't meant for us to do the drive-thru."

When Townsend took off his boots right then and there to give to a man in need, his granddaughter asked him why he did it.

"I said, 'Because God spoke to me and said give him my shoes,'" he said.

Hallie, age 13, who snapped the picture, was eager to meet the giving man. She got to meet Townsend over Facetime.

"That was so kind of you to do that," she said.

"Well, it ain't about me," Townsend replied. "It's what God asked me to do. If you learned anything out of this, it's better to give than it is to receive, to reach out to people in need."

Hallie says she is hoping to meet Townsend in person sometime soon.