Elias Vega is no longer with Pasadena police, who said the former officer resigned amid a DWI crash investigation.
KTRK 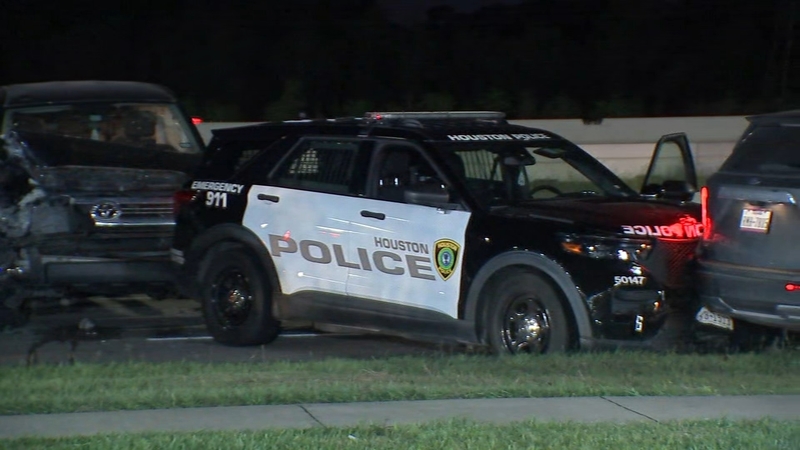 PASADENA, Texas (KTRK) -- In a week span, a Pasadena police officer went from employed to now unemployed and charged with DWI for his role in a crash with a Houston police patrol car.

Elias Vega was identified as the off-duty officer who rear-ended the marked HPD vehicle in Houston city limits on the frontage road of South Sam Houston Parkway on April 14, the Pasadena Police Department said.

In Eyewitness News' reporting of the crash, the HPD patrol car was blocking a lane to allow a stalled car to be towed when a Toyota pickup hit the police vehicle. Vega and an officer inside the marked unit were sent to the hospital. The extent of their injuries was not immediately disclosed.

On Thursday, a week after the crash, a Pasadena PD spokeswoman offered a breakdown of the department's perspective of the crash, explaining that Vega was in his personally owned vehicle when the crash happened.

"The Houston Police Department immediately began conducting an inquiry into the crash, during which Vega was placed on administrative duty," a Pasadena PD statement read.

Vega tendered his resignation on April 20, six days after the incident, effective immediately, the department said.

Pasadena police concluded their statement on Vega, adding that they were notified the former officer was charged with DWI.