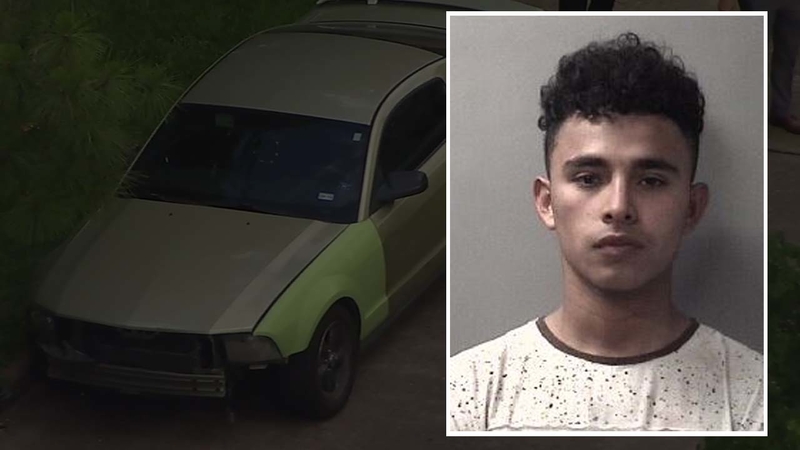 PASADENA, Texas (KTRK) -- Authorities say they are interviewing a person of interest in connection with women being attacked while leaving gyms late at night.

According to a press release from Pasadena police, they were led to the suspected vehicle on Thursday through a Crime Stoppers tip.

The tip claimed the vehicle was parked at the 5800 block of Alvarado Drive.

Detectives arrived at the scene and observed a young Hispanic man inside the green Ford Mustang. They made contact with the person of interest when he left the area on a bicycle.

The news comes days after three women came forward about being followed home and assaulted by a man after leaving the Fitness Connection gym.

The first incident was reported on May 14 by a Pasadena woman who claimed she was followed home from the Fitness Connection on Spencer Highway, and raped.

RELATED: Pasadena woman sexually assaulted after being followed home from the gym

On Wednesday, police learned of a similar case that originated at the Fitness Connection in southwest Houston in April. The suspect followed the woman to her home in Missouri City and sexually assaulted her.

Investigators said that the same car was used in both incidents, and the rapist used the same method.

They also believe Perla Alonso escaped being raped by the same man on May 2 by screaming and honking her horn. The man took off.

Fitness Connection gave ABC13 Eyewitness News the following statement:
The safety and well-being of our members and employees is our top priority, and we are currently working with the local authorities in their investigation of this incident. We are committed to assisting however we can in their search and hope the suspect is apprehended quickly.

Pasadena police said no charges have been filed, and they are currently interviewing the person of interest.