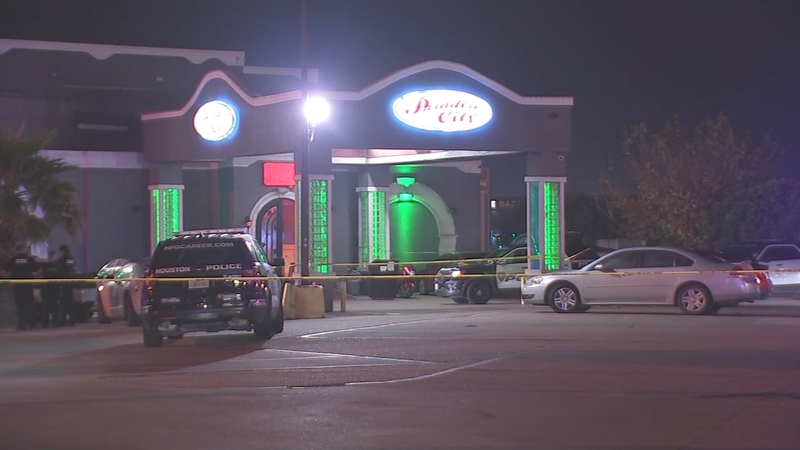 HOUSTON, Texas (KTRK) -- A security guard shot and killed a man overnight after a confrontation at a southeast Houston club, police say.

The confrontation began at Paradise City Gentleman's Club off I-45 near Fuqua around 2 a.m. Friday.

Police say the man killed was shot by the club security guard after coming into the club with a gun.

According to Houston police, the man initially came in with two friends, got into some kind of argument, left the club, and then came back with a pistol.

Officers say he confronted one of the security guards, and the guard fired. A second man was also shot, and he's expected to survive.

"One of the individuals that came into the club was shot in the breezeway during the gunfire. He left immediately after the shooting, got into a vehicle with the other suspect, which we haven't located him yet, and drove himself to the hospital," Lt. R. Willkens said. "We have an officer there and have him detained right now. He was shot in the arm and we believe grazed in the neck."

Investigators have talked to the two people at the hospital. Police say one of them has been arrested, but there is no word yet on any charges.

ABC13 crews saw about 30 people in the parking lot talking with police early Friday morning. The whole club parking lot is marked off as a crime scene.

Police say they are working to review surveillance video from inside the club.