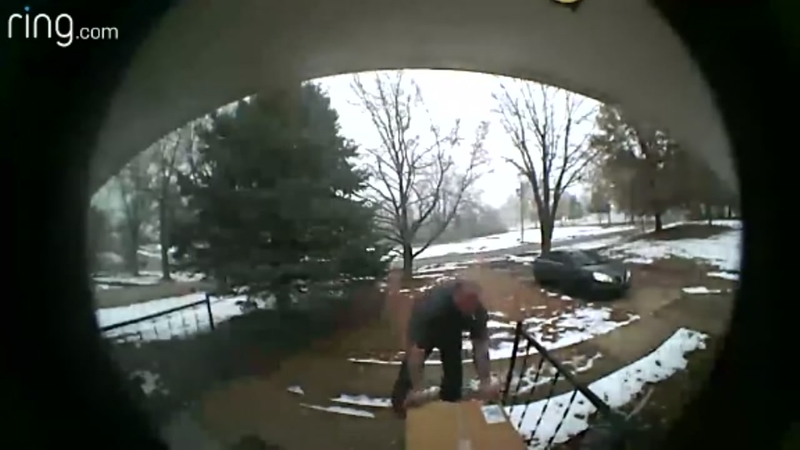 Missouri man uses the alarm on his security camera to scare package thief.

KANSAS CITY, Missouri -- Four years ago, someone broke into Wayne Gassmann's south Kansas City house and stole a TV and some electronics. So he installed Ring cameras, in case anyone tried to steal his property again.

"I knew it was a large item. So I was like, well, I better keep a close eye on my house," said Gassman

The cameras are what kept Gassmann's newly delivered 34-inch monitor from being stolen.

WDAF reports that Gassmann was Christmas shopping in Colorado, and got a notification from his Ring camera app.

The surveillance video shows a man casually stroll up and pick up the box.

"I waited until he was close to the box and quickly got on the app and hit the alarm button and he took off running," said Gassmann.

"He backed out of my driveway like a madman. I was really surprised someone didn't hit him."

Gassmann shared the video on social media and sent it to Kansas City police who say video recordings help them solve crimes.

Gassmann hopes the actions in this video send a strong warning.