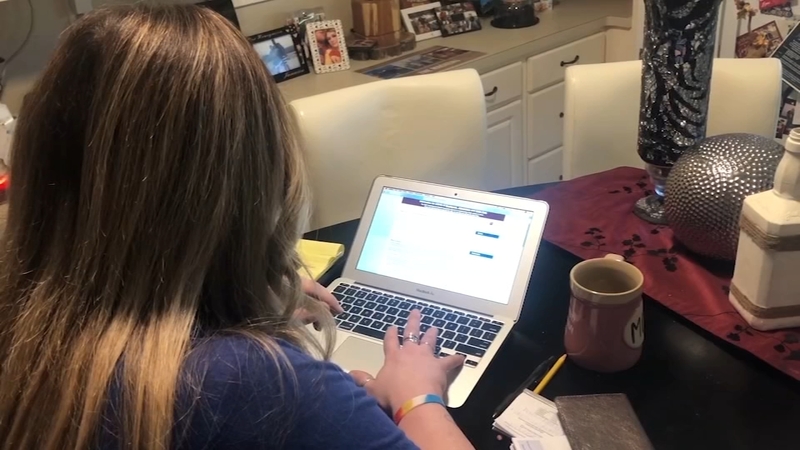 Texas is taking back $214M in overpaid unemployment benefits

HOUSTON, Texas (KTRK) -- Texas is looking to collect more than $200 million from people who they say were overpaid through unemployment benefits during the pandemic.

Since March, Texas Workforce Commission has sent 260,000 notices to people about paying back unemployment benefits. In all, the state is looking to collect $214 million.

It may seem like a lot, but it's a small percentage of the number of people who've filed for benefits during the pandemic.

The number of people who owe money has increased. In early July, 46,000 notices went out as the state looked to collect $32 million.

Bernsen said the majority of those who owe money made mistakes when they applied, including reason for job loss, wrong work dates and not reporting other sources of income. If TWC discovers a mistake is made by an applicant, the state looks to collect the money.

"It's a very small number, but of course, it's an important number," Bernsen said. "We want to make sure we get this number right, both to protect the taxpayers and the people who deserve those benefits."

If TWC is at fault, then the person who received the extra funds wouldn't have to pay it back. TWC didn't provide Eyewitness News with the number of mistakes made solely by officials, but said it's a small percentage of cases.

For those who do owe money, TWC changed the rules during the pandemic. Normally, the agency would collect the money through future unemployment paychecks. However, that's been suspended, and there's no interest.

"We're not asking for this money right now," Bernsen explained. "We recognize people are in difficult circumstances, and some people are facing mortgages and evictions. There are a lot of trying circumstances that people face."

Last year, TWC said $73 million was overpaid. This year, the number is higher, but the agency said it also paid several years' worth of claims in six months.

If you're filing for unemployment in the future, officials said to avoid receiving an overpayment notice, take your time and make sure the data you enter is correct.

"It's important that people pay attention and read everything we send and follow exactly as you're instructed to apply for benefits," Bernsen said.

If you do receive an overpayment notice, you can appeal.