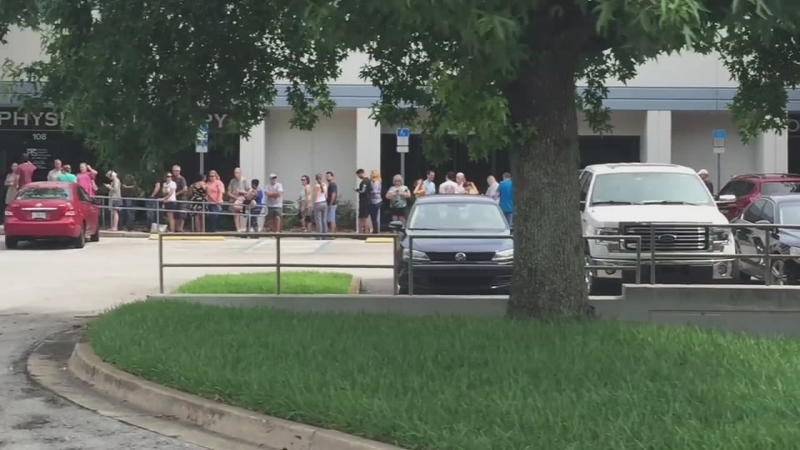 ORLANDO -- Hundreds of people in Florida and around the U.S. have lined up to donate blood in the wake of the shooting at Pulse Nightclub in Orlando.


Long line to donate blood. Trying to get on One Blood site to find Big Red Bus instead, but site still down. pic.twitter.com/LcE7gN9Zhk

At least 1,500 in the blood center line on Michigan. Other locations are opening up. pic.twitter.com/6AepWzsMDF

Officials at OneBlood say they have received such an overwhelming response that they are now asking donors to come back over the next several days. More than 50 people were injured and 50 were killed when a gunman opened fire inside the gay nightclub in Orlando early Sunday morning.

In the hours after the worst mass shooting in U.S. history, officials urged people to donate blood to help the victims.

While the call for blood donations was answered by hundreds, many gay and bisexual men, who appeared to be the target of the shooting, were unable to donate. The FDA bars donations from men who have had sex with a man in the previous year. This new policy was enacted last December, replacing a three-decade-old lifetime ban on gay and bisexual men.

The new guidelines are in line with the policies in other countries, including the United Kingdom, Brazil, Australia and Japan.