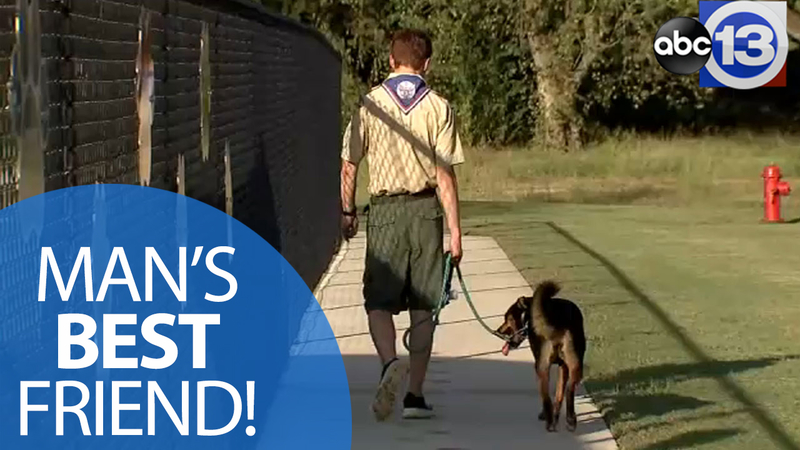 FRIENDSWOOD, Texas -- A Friendswood teenager in search of his Eagle Scout project accomplished more than he planned to, and Friendswood dogs are reaping the rewards.

Caden Fisher recalls overhearing people complain about the distance they had to drive to find a dog park. That's the first step in how the city's first off-leash dog park began.

Over three years, Fisher presented his idea to the city. "The parks department embraced it," he said.

Also, he learned how much people love their pets.

The PetSafe Bark for Your Park initiative provided grants to 13 community parks to create safe off-leash areas for dogs and their owners. Fisher's project was among those selected.

"I also created a PayPal account on my Boy Scout's page, so donations could be tax-deductible," explained Fisher.

Located on existing parkland, on Briarmeadow Avenue, the fenced dog park has umbrellas for shade, large areas to run and play, and a splash pad to cool down.

The Fischer family's dog, Mocha, utilizes the park, along with other owners and their dogs.

His mom, Elizabeth, couldn't be prouder of her son and what he accomplished.

"I don't know many other 17-year-old who've created a legacy in their hometown," she said.