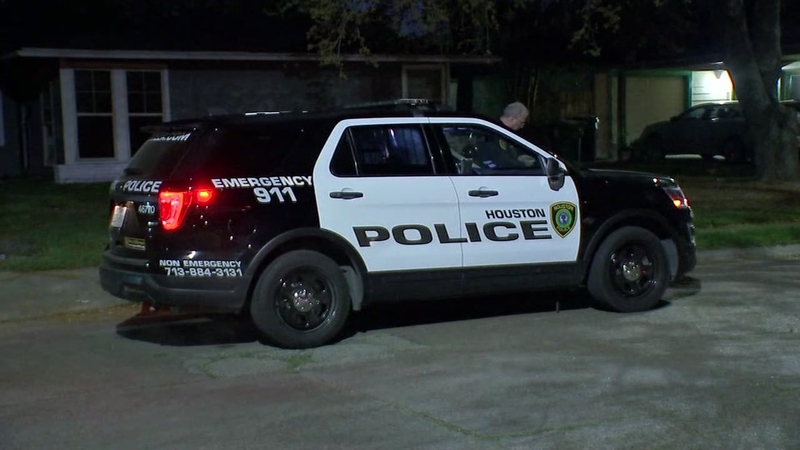 It happened near Reed Road and MLK Boulevard.

Authorities told ABC13 the officer was at home when she heard a noise outside around 2 a.m.

She says she looked at her home security camera and could see the suspect in her car rummaging through the vehicle.

At that point, she grabbed her service weapon and went outside.

Police say the officer confronted the suspect, then fired one round at him.

"Once she got outside there was an altercation with the male. The officer felt she was in fear of her safety, discharged one round at the suspect. The suspect ran south from here," HPD Lt. Larry Crowson said.

Police did not find any blood, so they do not think the suspect was hit. He has not been found.

The officer is a two-year veteran of the force.

As with all officer-involved shootings, internal affairs is going to look into it.