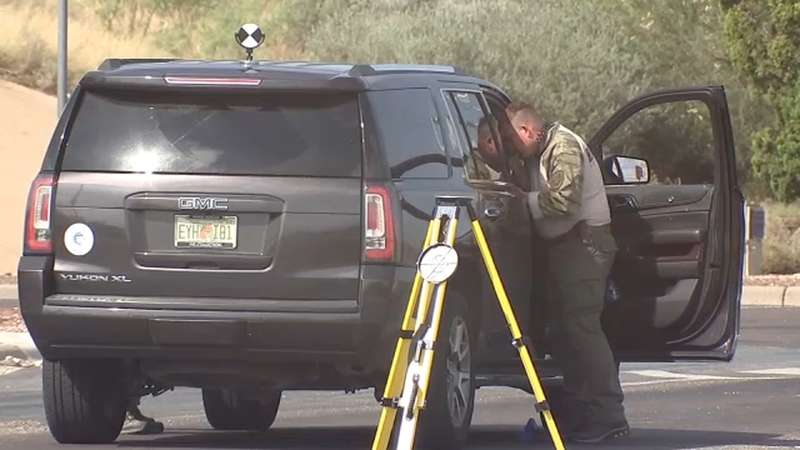 ODESSA, Texas (KTRK) -- A doctor jumped into action to save a young mother's life after she was shot in a shooting rampage in Odessa, Texas.

Dr. Nate Ott, the medical director of Excel ER, said he was working Saturday around 3 p.m. when he suddenly heard gunshots.

"It actually sounded like it was right in this area," said Ott. "(I) went out and talked to the nurse, and maybe about 15 minutes later, we heard a series of three more shots."

HEARTBREAKING: He said she had a pretty bad gunshot wound in her arm and said she kept asking about her baby.

Odessa police say the death toll in the shooting is now seven after a man stopped by state troopers opened fire and fled, shooting people at random. Police later shot the gunman.

Odessa police said the suspect hijacked a mail truck and was "driving around Odessa shooting at random people."

Ott said one of the shooting scenes happened on the same road as his facility. In an effort to figure out what was happening, he ran across the field and came across a stalled car.

"It turned out to be a lady inside that had been shot pretty badly," recalled Ott. "She had been shot in the right arm and had a really huge exit wound. It looked like the bullet may have gone into her torso as well. A lot of bleeding, fractured the bone in her arm, it was a pretty bad single gunshot wound."

He described the woman as "pale" and said she was only able to answer using single words.
The young mother reportedly kept asking about her baby, who was also in the car.

"She had a baby," Ott said. "She kept asking 'How's my baby? Where's my baby?' Coherent enough to answer single word questions."

Ott said the woman, who he described as a young mother in her 20s or 30s, was rushed to a hospital in the back of a police car.

"We got her some IV fluids, we got her set up with that because, you know, fluid resuscitation is really important, and within a few minutes, we had her in the squad car and then they took her to Midland Memorial where she had surgery," said Ott.

Dr. Ott tells ABC13 he recalls seeing the shooter circle back to the shooting scene in front of his facility, being pursued by police.

"When we were there, I actually ran out and had to run back to get the IV supplies and then run back across the field again. As we made the second trip across the field, we heard a bunch of sirens kind of coming up the road. Then, we see a bunch of police cars chasing a car and so, the shooter actually drove past us."

The condition of the woman remains unknown.

RELATED: 'He was looking at me': Grandmother says gunman in Odessa, Texas shooting pointed gun at her while she was with grandson

"He was looking at me," Saxton said. "I saw his face. I saw that weapon. The only thing I could think about is my little grandson in the backseat."