Woman with fake babies arrested on trespassing charges in California 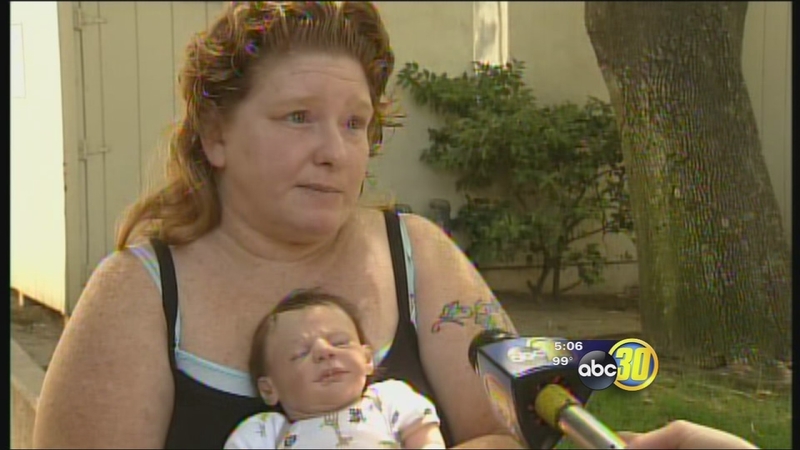 MERCED, CA -- A woman who created a scare at Valley hospitals after bringing life-like dolls into Mercy Medical Center in Merced, California, was arrested on Friday.

KFSN-TV in Fresno was actually interviewing Tonya Whitney Boehs when Merced detectives interrupted and told her she's accused of trespassing. But right before that happened, she told us it's a misunderstanding and that she never meant to scare anyone.

Boehs says she hasn't left her apartment since Monday. That's when Mercy Medical Center sent out two pictures depicting Boehs and her husband with life-like dolls.

"For the sake of security I've never even considered taking them up into the hospital like we did, but we were suggested by nurses," Boehs told Action News.

She says her husband was getting treated and they figured why not showcase the dolls. Boehs says it's her business; she takes them with her wherever she goes.

"I take them places with me for advertisement purposes because obviously they speak for themselves," said Boehs.

She says they left after security got involved -- a consequence she never intended to happen.

"I'm sorry for the misunderstanding," said Boehs. "If I knew that this would happen I wouldn't have done it. In no way did I feel -- I didn't mean to make anybody feel threatened, or scared, or freaked out."

Boehs went on to say that she makes the dolls for women who have lost babies or can't have them, and she says they're therapy for elderly patients.

"It's just the comfort," said Boehs.

She says she also finds solace in the very real-to-life babies as cervical cancer stole her chance at having any more children.

"What matters most to me is the help that I can give other people," said Boehs.

But police say the evidence says something else. They don't buy her story that it was a sales pitch.

"We are concerned because she did show up at the ER and attempted to get into the hospital maternity ward not once but twice, so of course that does concern us; we're afraid that maybe there's a potentiality of an abduction," said Capt. Tom Trindad with the Merced Police Department.

Boehs will be booked in and out of jail and will have to appear in court at a later date. Trespassing at a maternity ward is a misdemeanor offense.