Woman says she was drugged, raped at popular bar in NW Houston 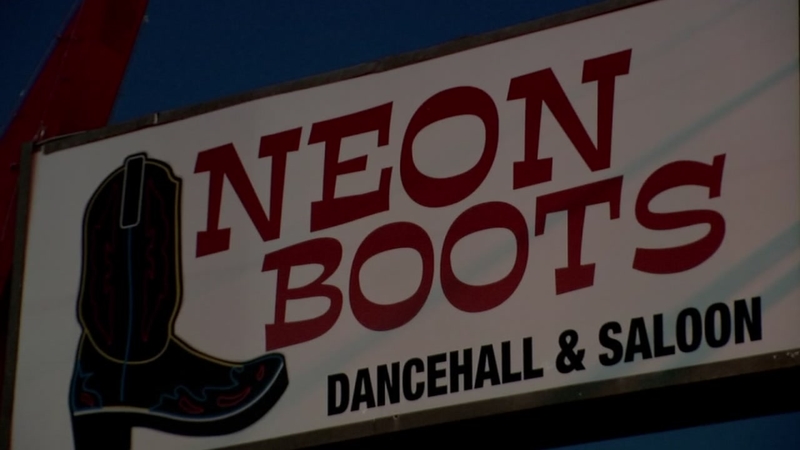 Woman says she was drugged, raped at popular bar

HOUSTON (KTRK) -- A Northwest Houston woman believes she was drugged, raped and then left in the bathroom of a popular bar overnight.

Eyewitness News is not identifying the 44-year-old woman due to the nature of the alleged crime. She sat down for an interview as a way to fight back.

"This is something I'm going to have to live with for the rest of my life. Somebody took something from me that is so precious. I have to take my power back in some way," the woman said.

She says she was at the popular country bar, Neon Boots, on Hempstead Highway late October 3rd. She had a couple of drinks and woke up the next morning all alone and still inside the bar.

"I didn't know where I was. I woke up in a cold room on the floor and I was shaking," she told Eyewitness News.

She says it was 5:30 in the morning and pitch black. She was in the restroom and was in pain. When she started to move around she triggered a burglar alarm. Houston police responded and eventually took her to Ben Taub Hospital where she underwent a rape kit. She has no memory after 11:30 the night before but has been told she was acting erratically. Her attorney says there's only one logical explanation.

"Her behavior was in line with when given a date rape drug," said Diana Sims, a civil attorney representing the woman.

Police do not have a suspect. HPD's Special Victims Division is investigating and are awaiting the results of the rape kit.

Some of the blame, Sims says, falls on the bar. They are considering legal action.

"She could have died. For her to be left in a bar after 2am, after the bar was informed she was intoxicated and needed a ride home and was alone, there's no excuse for that," Sims said.

In the over 2 years that Neon Boots Dancehall & Saloon has been in business, we have never had any incidents that affect our Customers. This is the first time we are hearing of any incident that may have occurred at Neon Boots and none of the Neon Boots staff were involved or were aware of what transpired relating to this incident. We take this very seriously and will use all of our resources to investigate this incident and to cooperate with authorities if necessary in any way possible. The safety and satisfaction of our Customer's is of the utmost importance at Neon Boots.