Video captures woman on the hood of car in Houston 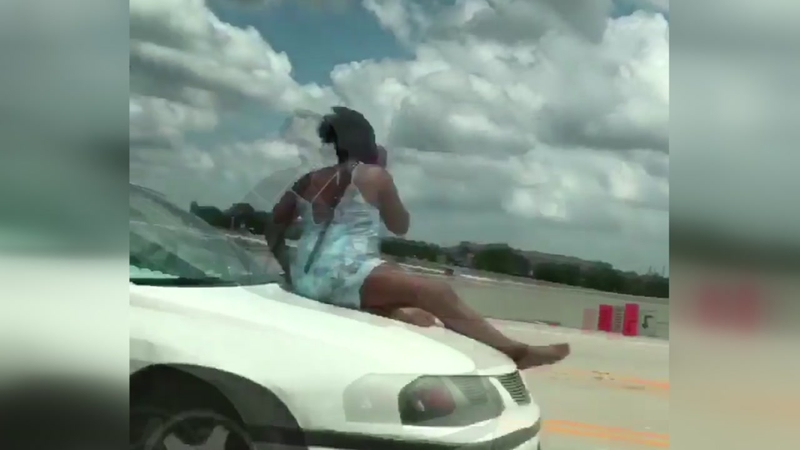 Woman rides on hood of car on Highway 290 in Houston

HOUSTON, Texas (KTRK) -- We've seen some pretty crazy stuff on Houston highways and this is no exception.

An ABC13 viewer was driving on the Pinemont overpass near Highway 290 when he filmed a woman riding on the hood of a car.

We've seen some pretty crazy stuff on Houston highway and this is no exception.

The woman called the Eyewitness News desk and said that the video isn't what it appears and wants to give her side of the story.

She claims that the father of her baby stole her car Sunday after an altercation at her home.

She told him to leave but instead, he took her car. She tried to stop him, but she couldn't get inside. That's when she jumped on the hood.

We're getting our first look at a girl seen walking down the center of a crowded North Freeway.