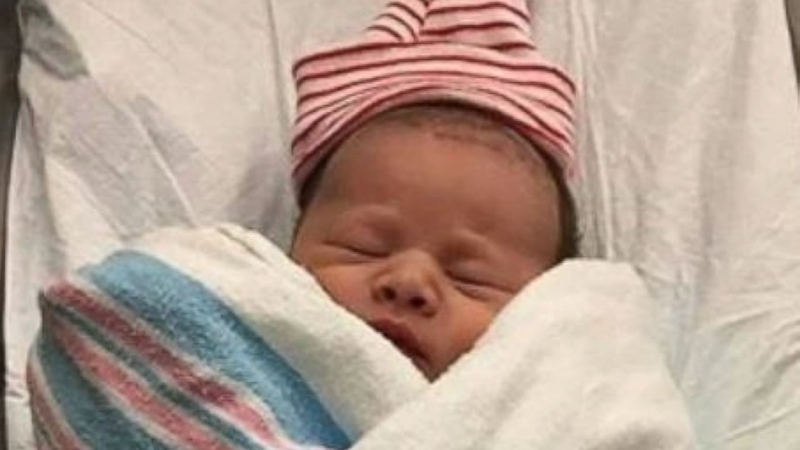 A Tennessee woman gave birth to a daughter Wednesday just after being rescued from the devastation of a tornado that swept through her town.

Emergency rescue crews responded to a dispatch call around 1:30 a.m. Wednesday in Athens, Tennessee, that a 39-week pregnant woman needed help, according to Chief Billy Roach of the Englewood Fire Department.

Nearly 20 first responders from Englewood and the nearby Etowah Rural Fire Department drove as close as possible to the home of the pregnant woman, Amber Newman. They then walked nearly three miles to her home when their rescue trucks were blocked by debris.

Newman was inside her family's home along with her parents, her teen sisters and 8-year-old brother, according to another sister, Ashley Newman, who was not at home at the time.

Ashley Newman told ABC News that the family hid in a bathroom as their home was thrown in the air and flipped several times before landing more than 200 feet away. Her mother, April Newman, who was in the home at the time said she "prayed to God" during the storm.

"Everything was shaking like an earthquake," April Newman told ABC News. "I remember hearing the wind and everything going around and around. I held on to my son the whole time and just prayed to God."

It took nearly four hours for first responders to get the Newman family to local hospitals; responders had to physically clear a path through tornado debris for the rescue vehicles to travel. Newman, who was not available for comment, gave birth via caesarean section to a healthy baby girl she named Ava.

Newman suffered a bad gash on her leg but is otherwise doing well, according to her sister. The siblings' parents needed stitches and suffered minor injuries. The Newman kids suffered injuries including a broken arm, torn ACL and broken foot.

"It's a miracle," Roach told ABC News, describing the work done by the first responders as "indescribable."

He added, "It's just amazing what they did."

Des Ferguson, a friend of Newman's, posted photos on Facebook of the baby, Ava. She also put out a call to help Newman rebuild after the tornado.

Newman was originally due to give birth on Dec. 7, according to her mother.

The tornado that struck McMinn County, Tennessee, Wednesday was an EF-2 tornado that injured 20 people and damaged 30 structures, according to officials. McMinn County mayor John Gentry described Ava's birth as a bright spot after the deadly tornado.