Woman claims nail salons kicked her out over service dog 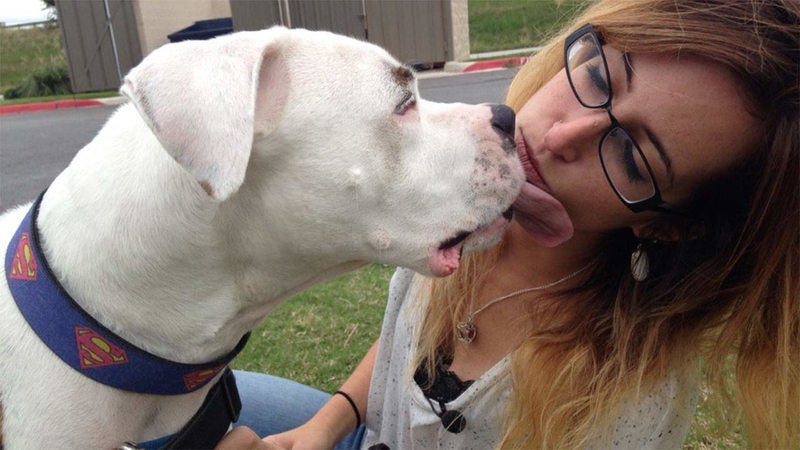 Woman claims nail salons kicked her out over service dog

HOUSTON (KTRK) -- A San Antonio woman has filed complaints with the Department of Justice after being denied service at two Houston nail salons.

Robyn Slusky says employees and managers said her service dog was not allowed inside Q Nails & Spa on Weslayan or the Nail Bar & Spa on West Holcombe.

"She was just, like, you can't have your dog in here. You have to leave. We don't allow pets of any kind," said Slusky of the incident which occurred first at Q Nails.

She says her dog, Deuce, goes everywhere with her, as prescribed by her doctor, to help with her anxiety disorder and PTSD. Slusky says she tried to explain that Deuce is a trained service dog, and that businesses are required to allow him under the Americans With Disabilities Act. He was wearing a clearly labeled harness, she says, and her mother even went home and got her doctor's note which states the dog is medically necessary.

"My heart was beating so fast. I couldn't breathe. My hands were shaking. My whole body was shaking," said Slusky, recounting the experience. That's just the sort of condition Deuce's presence is supposed to help her handle.

Slusky says she called the police who told her this was a federal issue and not their jurisdiction. Then a manager got involved, but Slusky insists it was too little, too late. She left and a short time later tried to get in at the Nail Bar. Again, she laments, she was denied. "Disabilities are invisible sometimes, and ignorance isn't an excuse for the way that they treated me," she said.

Q Nails manager Tim Trinh says some of his customers, on what was a busy afternoon, were afraid of Deuce. "You never know what a dog is going to do," Trinh said. " I got to protect our customers."

The owner of the Nail Bar said something similar, and added that he could do little about nail techs who refused to do a manicure on Slusky because they are independent contractors. "I am not their boss. They are not my employee. I can't bend their arm to force them to work on the lady," said owner Michael Nguyen.

Slusky eventually did find a salon willing to let them in - E Nails in Bellaire. For that, she is grateful. She hoping to hear soon on the complaints she filed with the Disabilities Rights Section of the Department of Justice.