KTRK
By Miya Shay
HOUSTON (KTRK) -- From his small store front in the Sears parking lot in Midtown, Adrian Gonzales makes keys. It was what he was doing on the afternoon of June 9, when something went wrong just a few feet away.

"I didn't see anything, didn't hear anything," said Gonzales. "I didn't know anything was going on until all the police were gathered away over there," pointing to a corner of the parking lot.

Gonzales says a Houston police officer and a METRO police officer would often patrol and park at that corner of the parking lot. Both would be on their motorcycles.

On the afternoon of June 9, Houston motorcycle police officer Terry Smith was shot in the back while parked at that spot, in the Sears parking lot. Within hours, HPD released information to the public that it was looking for a champagne colored vehicle with a man and a pregnant woman inside. They were considered possible suspects. At the time, the Houston Police Officers' Union had harsh words for the unknown shooter: "He's a coward to shoot a man in the back when he's not even looking at you," said HPOU board member Joseph Gamaldi on that day.

Now, there is one major problem. Multiple sources close to the investigation have told Eyewitness News that investigators now believe the story was fabricated. They are coming to the conclusion there may never have been a champagne colored car with two people inside.

Sources close to the investigation say HPD is working on the theory that Officer Smith may have been hit by gunfire from his friend at the scene, METRO Police Officer Gregory Hudson. METRO confirms Hudson was placed on desk duty on September 2. The agency says the move was made after HPD investigators began requesting information, including firearms records from METRO. Sources say there is also apparently no surveillance video to back up the original story.

Back at the key-making kiosk, Gonzales is shocked by the developments. He now thinks perhaps the reason he did not notice any other vehicles that afternoon was "because there wasn't anything that happened. Crazy."

The Houston Police Department says Officer Smith is still on the job while the investigation continues. So far, no disciplinary action has been taken. 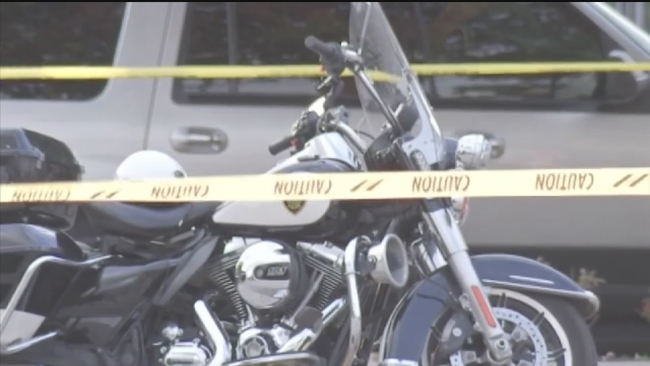