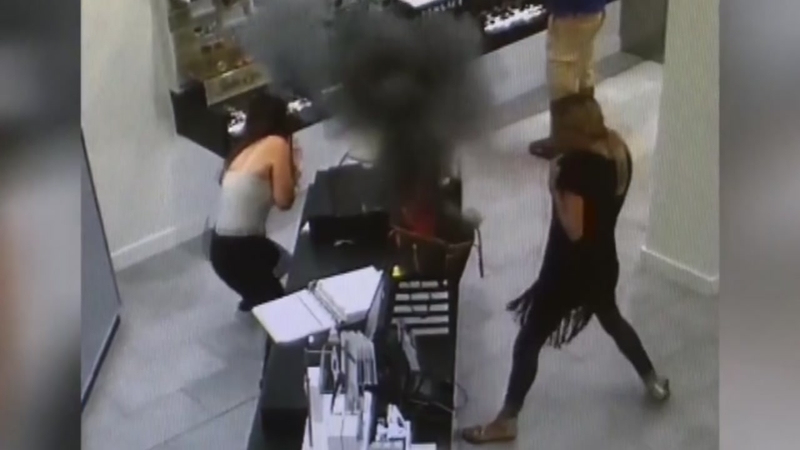 But when she reached into purse to grab her payment on Sunday, she got a lot more than she bargained for.

"I had a battery in this pocket by itself," McInerney says. "It exploded through the pocket, charred everything, melted everything in the bag."

Surveillance video from inside the store shows the scary moment. Her purse seems to explode, the result of a malfunction in her vaporizer battery.

The single mom from Old Bridge says she thought it was some sort of attack or shooting.

There's a warning about e-cigarettes after one of them exploded, leaving a Florida man in a medically-induced coma.

Since it happened on September 11, anything was possible.

"What I heard first was the bang, and it being 9-11...it kind of sounded like a gunshot," McInerney says. "The whole bag was engulfed in flames."

She and the woman behind the counter ducked and tried to take cover as flames and black smoke shot out of the bag.

Now McInerney says she'd like to be reimbursed for the purse, worth hundreds of dollars, and its contents inside.

"Just knowing I have my child, bag in the backseat, my daughter in the car sitting next to it," McInerney says, "It's scary, and it could happen to everyone. I want people to be aware."

An Orange County man who lost an eye when his electronic cigarette exploded in his face last month tells Eyewitness News his story for the first time.