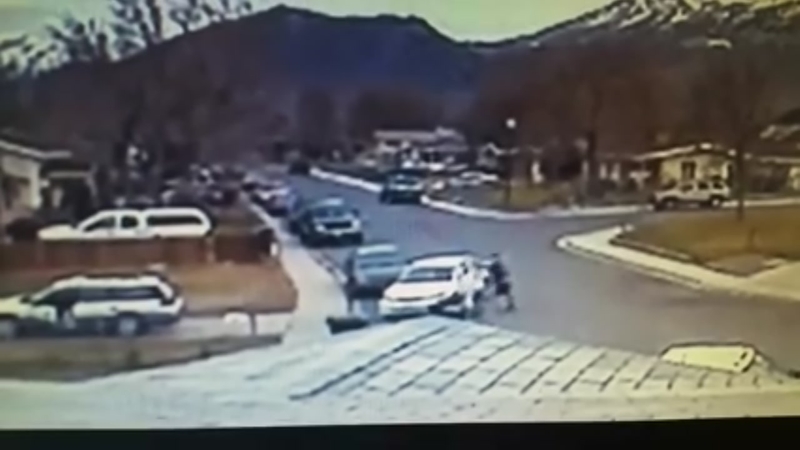 OREM, UT (KTRK) -- Video of a violent road rage attack just released by police in Orem, Utah, shows a man attacking another man with a machete earlier this month.

Police say it all happened on December 9, after a road rage incident at a local elementary school.

The victim told police that the driver of a four-door car boxed him in, got of his car and kicked his car door. The victim says he drove off and went home, but the suspect followed him there.

The video, though grainy, shows the moment when victim approached the man, and the suspect took out a machete and hacked a gash in the man's face.