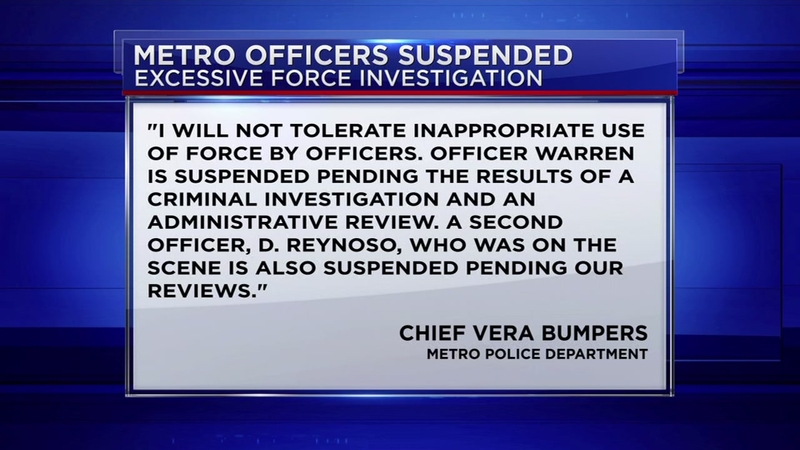 HOUSTON (KTRK) -- Two METRO officers have been suspended pending an investigation after a confrontation with a man at the Burnett Station platform.

Officer J. Warren approached a man who appeared to be slumped over a rail platform seat at the train station, according to Chief Vera Bumpers. She says the department is investingating the use of force by Officer Warren.

"I will not tolerate inappropriate use of force by officers,"Bumpers said in a statement.