KTRK
By Ted Oberg
HOUSTON (KTRK) -- A Houston cigar bar owned by State Rep. Borris Miles has been open and serving cocktails since 2010 without an occupancy permit and is out of compliance with key city codes, city emails and inspection records show.

The bar, Our Legends on Almeda Road, owed the city $2,075 in unpaid fines as of February 10, according to city records. They also show the private club's second exit isn't up to code, exit signs are incorrect, and corrections are needed in both plumbing and restrooms.

Over the last four years, it has repeatedly failed the city inspection process. That process is still ongoing.

The bar has at least one powerful patron: Keith Wade, special assistant to Mayor Annise Parker and Miles' former campaign director. He denies using his influence to keep the bar open.

Wade was at the bar during one October 2012 city inspection and introduced himself to the inspector as the "Mayor's rep," according to inspection records. Wade helped arrange a City Hall meeting soon after about the bar's certificate of occupancy issues.

Ultimately, in February 2013, the bar's manager signed an agreement that required the bar to submit proper plans within two months or face tickets. Nearly two years later, bar management has yet to submit plans to the city that comply with city codes.

The bar has been ticketed just twice in four years, and one of those tickets came after ABC-13 began asking questions in early February.

Officials with the mayor's office, as well as Miles, told ABC-13 that Our Legends is not getting special treatment.

Miles, a Democrat representing House District 146 in southwest Houston, which includes the bar, blamed the delay in getting the bar up to code on the city's regulatory process, calling it "almost a nightmare."

"My staff has worked diligently with the permitting department," Miles said. "They're working on it. The process is in the process." 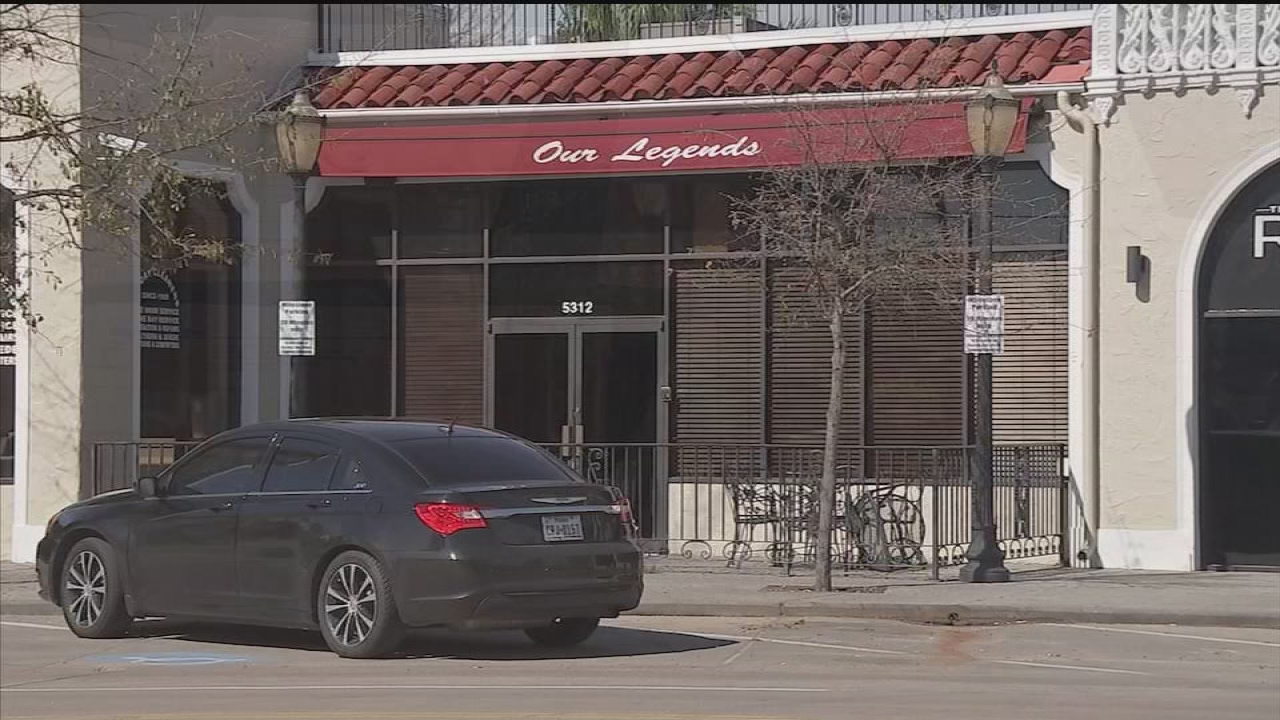 Picayune? Or a patron with pull?
ABC-13 has made dozens of calls to try to get someone from the city to explain why a Houston bar is still not in compliance with city codes years after it opened.

Miles said he has gotten no special treatment.

Wade declined to go on-camera but said in a brief phone interview that he has "no pull" with the city in keeping the bar open or inspectors who would issue tickets at bay.

Wade defended his involvement in assisting the bar through the permitting process.

"Why can't I be involved?" he said. "It's a bar I know and have a relationship with. I happen to know the owner. The operation is working to come into compliance. There is no story here."

"You do need to have a certificate of occupancy, but we tend to work with businesses to get them to the point where they can meet the requirements," Evans said. "Often that can take a great deal of time."

The lack of permitting at Miles' bar raised questions at the highest levels of the public works department. Emails from April 2014 obtained by ABC-13 show the department's powerful chief of staff asking questions about the bar's 2013 compliance agreement.

And a department senior inspector alerted his boss -- Mark Loethen, deputy director of planning & development services -- about the bar's non-compliance.

"The cigar bar at 5312 Almeda did not complete the permitting process which was started last year nor do they have a valid certificate of occupancy," senior inspector Jodie Foster wrote to Loethen on April 7, 2014. "The investigation will be renewed and I will keep you posted on its status."

As recently as this month, top city staff looped Wade into questions about the status of Our Legends, emails show. In addition, Parker, Wade and Evans met concerning the bar and ABC-13's questions about it on February 9, according to emails.

Evans said that Miles' bar was treated like many other establishments. ABC-13's investigation raised questions suggesting that may not be true.

Evans provided six examples of establishments that she said the city helped shepherd with patience through the permitting process.
But a review of Evan's list raises questions about how helpful City Hall was in aiding those establishments.

Evans said this issue did not deserve attention from ABC-13, calling the story "picayune."

"It's not like there are issues where the building is crumbling and we're allowing people to go inside in an unsafe building," she said, noting that the mayor's staff often help business owners. When I've been out to dinner, I'll have business owners come up to me and say, 'I've got a permitting issue can you help me?' That's our job in the mayor's office."
Related topics:
ted oberg investigates
Copyright © 2020 KTRK-TV. All Rights Reserved.
TED OBERG INVESTIGATES