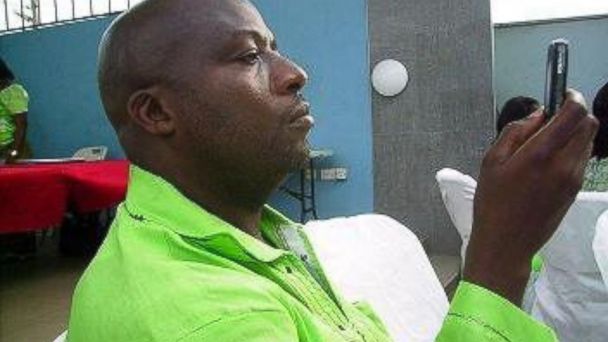 ABCNews
By MEGHAN KENEALLY
The Ebola patient in isolation at a Texas hospital has begun treatment with an experimental drug that was authorized by the federal government for certain patients, the hospital said.

Thomas Eric Duncan, who is being treated at Texas Health Presbyterian Hospital in Dallas after being the first person diagnosed with Ebola within the United States, is listed in critical condition.

"He is now receiving an investigational medication, brincidofovir, for Ebola Virus Disease," hospital spokeswoman Candace White said in a tweet Monday, later adding in a statement that he had been getting the drug since 2:14 p.m. on Saturday.

The announcement comes a day after Centers for Disease Control Director Dr. Thomas Frieden said: "As far as we understand, experimental medicine is not being used."

CDC spokeswoman Kristen Nordlund said that the CDC relies on the hospital to make announcements related to patient conditions and treatment. Texas Health Presbyterian Hospital did not immediately respond to calls for comment on the 48-hour gap between the administration of the drug and its Monday announcement.

The announcement that he is being treated with an experimental anti-viral medication called brincidofovir comes after the Food and Drug Administration authorized its use in certain experimental cases, according to the biopharmaceutical company Chimerix, which makes the drug. Chimerix, a Durham, North Carolina-based company, said its use was permitted through an Emergency Investigational New Drug Applications program by the FDA. The FDA would not comment about the use of drug on Duncan.

"Based on in-vitro data from work conducted by the CDC and the National Institutes of Health, suggesting brincidofovir's activity against Ebola, we are hopeful that brincidofovir may offer a potential treatment for Ebola Virus Disease during this outbreak," M. Michelle Berrey, the president and CEO of Chimerix, said in a statement.

Duncan may not be the only person to receive the experimental medication. The company reports that they are "working closely with the FDA to finalize a clinical trial protocol," according to the release.

Dallas Mayor Mike Rawlings said that the second phase of the clean-up of the apartment where Duncan was staying was completed Monday. He said that all of his personal items have been destroyed and "a drum is being taken away" with other possibly infected items. They took care, however, to save certain sentimental items like a grandmother's Bible and photos, along with his passport.

Judge Clay Jenkins visited the family Monday at the home where they are now staying in an undisclosed gated community to see if there was anything that needed to be addressed, the mayor said.

"We got [a] basketball to the boy and he said he liked football, so we got him a football," Rawlings said.

Texas Health Commissioner Dr. David Lakey said that this will be "an important week" for the relatives of Duncan because they are hitting the time frame when most infected individuals begin showing symptoms. He stressed that each of the relatives has their temperature checked twice daily and have not shown any symptoms yet.

In addition to the four isolated relatives, Dallas health officials are keeping track of up to 50 other people who could have come into contact with Duncan and "100 percent of the people we're-evaluating, 100 percent they don't have it," Lakey said.