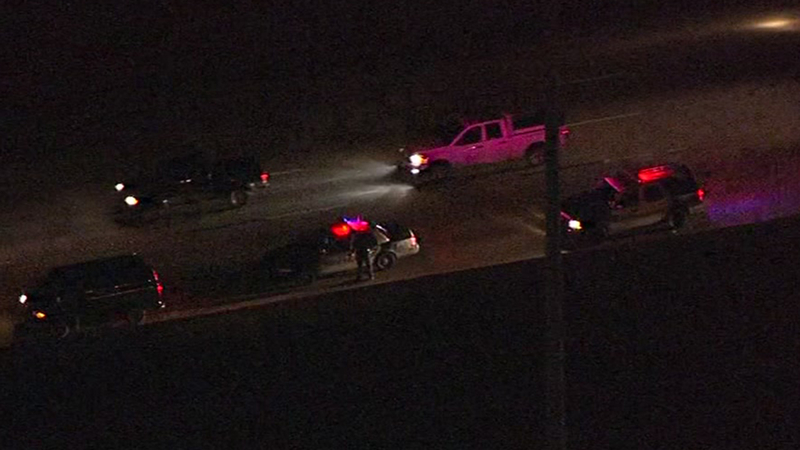 Chase ends on the South Loop

HOUSTON -- A police chase has just ended on the South Loop with the suspect jumping from their vehicle and fleeing across the freeway on foot.

Investigators are on the South Loop between Kirby and Fannin where the suspect abandoned his vehicle.

The chase began when officers pursued the SUV along Cullen. The suspect began picking up speed when he got to the westbound lanes of South Loop West, driving past Highway 288. When he arrived near the Kirby exit, the driver pulled onto the left shoulder of the freeway and bailed out of the vehicle.

The suspect was seen wearing a black shirt and black pants as he darted across the freeway with heavy commuter traffic.

Officers are searching the vehicle for material which may identify the suspect. That abandoned vehicle will need to be towed from the scene.

There is no word yet why officers began pursuing the driver.

Keep checking back on this page to get real-time updates as this story unfolds. To get alerts for breaking news, download the ABC-13 news app for iPhone or Android. You can also get breaking news alerts sent to you by email.
More Videos
From CNN Newsource affiliates
TOP STORIES