Police capture suspect after chase and carjacking in north Houston 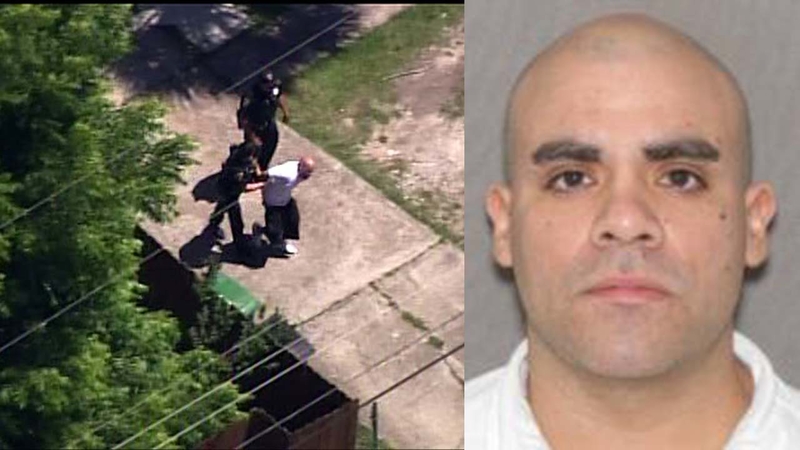 HOUSTON, Texas (KTRK) -- Police captured a suspect following a foot chase amid homes in a north Houston neighborhood.
The chase began just after 10 a.m. in the 6000 block of the North Freeway. According to HPD, officers tried to pull over a vehicle driven by Jason Marroquin, but he wouldn't stop.

Marroquin wrecked along the North Freeway at Crosstimbers, and jumped in another vehicle. The pursuit came to an end in the 4100 block of Oxford at Neyland.

Dozens of Houston police patrol units assisted in the chase, including a police helicopter.

Theresa Barboza said she received a startling phone call from a relative Thursday morning, saying her daughter, Tina Cerda, was the victim of a carjacking.

"She is a nurse. And she usually comes home for lunch, but unfortunately today she didn't and I'm just waiting to hear from her," Barboza said.

"He was out there doing wrong and it finally caught up to him," Mark said.

Mark said Marroquin called Tina saying his car broke down and he needed a ride. Tina met him but quickly realized police were chasing him and urged him to turn himself in. Mark said that is when Marroquin pushed Tina out of the way and stole her car.

"He was just trying to get another car and called her thinking she was going to save him," Mark said.

Marroquin has prior convictions on drug charges and for aggravated robbery with a deadly weapon. Tina is not facing any charges.