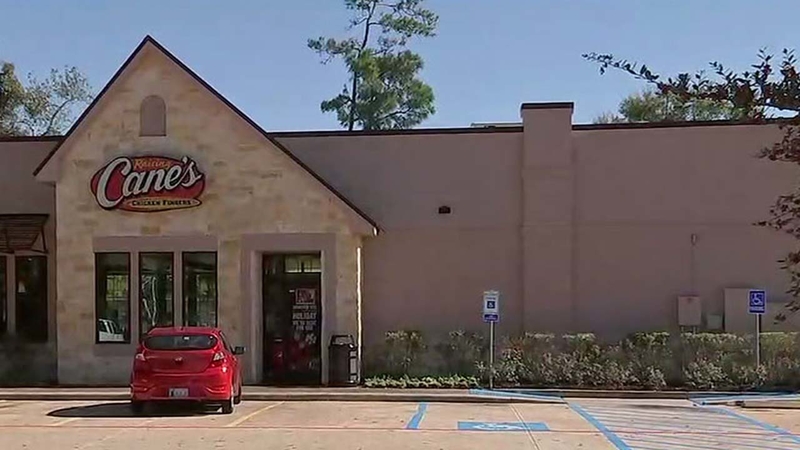 THE WOODLANDS, TX (KTRK) -- Plenty of questions remain after the shooting of a robbery suspect at a Raising Cane's in Montgomery County.

The restaurant recently hired an off duty sheriff's deputy because of a string of robberies at different locations.

The suspect was shot and killed inside the store, we are still waiting to learn his name and if he is considered a suspect in those other robberies of area Raising Cane stores, meanwhile this store is closed for now and people here are shocked that this happened.

Mutliple people hurt in shooting at Raising Cane's in the Woodlands

The employee's mother, Tamela Lambert, said, "My heart dropped. I absolutely started loosing my mind. I didn't know if it was my son that got hurt or not."

Lambert never thought her son would be in danger working at this Raising Cane's in Shenandoah. She says it's not the kind of area that sees violent crime and when she heard a robbery suspect had been killed inside the restaurant she was afraid for her son.


Lambert said, "I was almost in tears, very upset."

And with good reason. Sheriff's seputies say other Raising Cane's locations have been robbed over the last few weeks and that's why this location hired an off duty Montgomery County Sheriff's deputy.

Detectives say when the suspect came in Tuesday night he had a gun and grabbed an employee. That's when the off-duty deputy confronted the suspect. All of it happened in front of customers and employees.

Employee Bralin Henderson said, "Officer Skip, that's the guy who saved the day. He came in and he pretty much you know he pretty much had the gun out, like, you know 'drop the weapon' because he had his hand on a gun and he was like, 'no, I'm not going to hurt her' that was his exact words and he said, "I said drop the weapon." And he still wouldn't listen and he fired five times into his chest at point blank range."

There were several customers inside the restaurant as this happened, one father telling me his daughter is still shaken up by all this.

Montgomery County detectives are still trying to figure out if the suspect was alone, or if he had someone in car waiting outside, they say no vehicles were found so they are not sure if there were other suspects or not.
Related topics:
the woodlandscrimeshooting
Copyright © 2021 KTRK-TV. All Rights Reserved.
TOP STORIES
13 Investigates: Texas mass shootings jump 65% as violence continues
4 children hurt in crash involving intoxicated driver, authorities say
'See something, say something' site leads to road rage suspect
Man's body found floating in Buffalo Bayou, HPD says
Hot and hazy weekend ahead but more rain expected next week
Couple robbed while unloading from trip, HPD says
EMT inside hijacked Houston FD ambulance hailed as a hero
Show More
Players and friends remember former Texans coach killed in California
3 ways to get COVID relief money if you don't live in Harris Co.
'Do your job': Murder victim's brother waiting for trial tells courts
FBI arrests another Houston-area resident tied to US Capitol riot
Flames rage over apparent warehouse fire in west Houston
More TOP STORIES News