Man dies after getting sucker punched

KTRK
HOSCHTON, GA (KTRK) -- A man who is shown on video coming from behind and punching a bar patron with a blow that would ultimately kill him was arrested and charged with murder police said.

In a video recorded at a bar in Hoschton, northwest of Athens, police said David Digiacomo, 40, punched Clint Roshan Ali, 34, at the base of his head and neck in what appeared to be an unprovoked attack.

Ali falls to the ground, and nearby patrons get up to assist him.

"Digiacomo walks back to the bar, gets his beer and starts drinking again as the ladies come to Mr. Ali's aid," said assistant Police Chief Lou Solis. "On video, you see Mr. Digiacomo come and stand over Mr. Ali with beer in hand, as if nothing happened. He then tries to justify why he hit Mr. Ali. You see at one point Mr. Digiacomo point towards his friend that says was threatened and back to Mr. Ali as to say this is why he punched him."

By the time Ali makes it to the hospital, police were unable to revive him and he died.

RELATED: 7-year-old boy punched in the stomach by parent at school 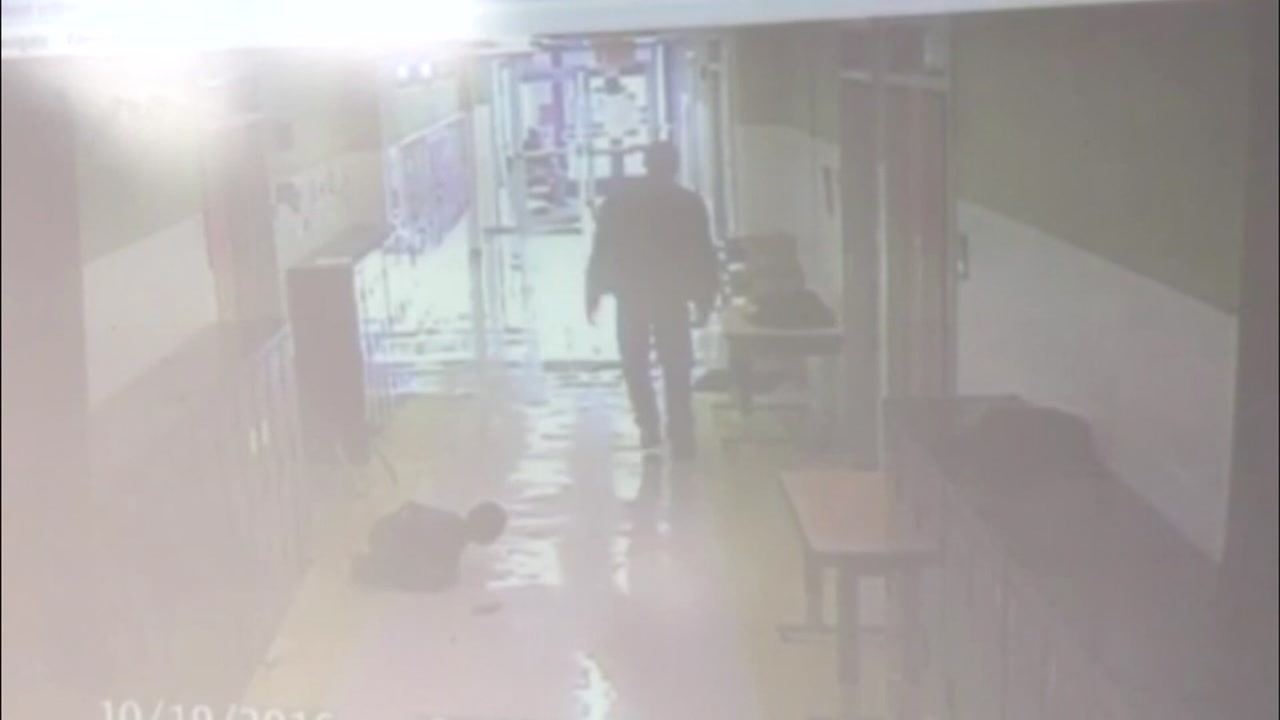 Video shows child being punched by friend's parent at school
The child's mother requested the video from the school after her 7-year-old told her that he was assaulted by a schoolmate's parent.

"You never see any of the two exchange any words at any time," an officer with Braselton PD said. "You also never see Mr. Ali exchange words with anyone else for that matter."

Before the punch, police said the closest the two were was when they stood near each other.

At that point, a person at the establishment with the suspect said Ali, who was picking a song at the jukebox, threatened that he'd shoot him the next time he saw him.

Digiacomo asks his friend if he meant "that guy?" pointing at the victim before walking up to him and punching him.

A nearby woman who is reportedly a nurse tries to provide CPR until paramedics arrive.