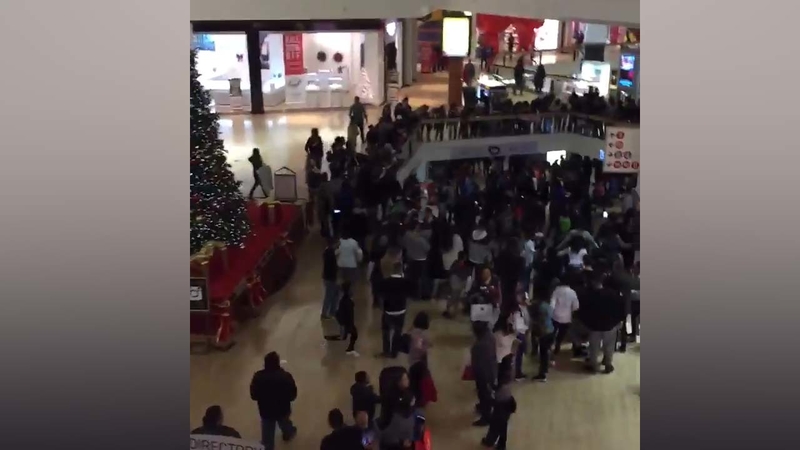 Fights and other disturbances have been reported at nearly a dozen malls across the country on the day after Christmas.

Police responded to a New Jersey mall after reports of shots fired there. That sent people running for nearby exits.

#APDAlert: Large disturbance at @TCAurora.Mall is being closed and evacuated by APD. No one else is being will be permitted into the mall.

In Fort Worth, a mall was closed after reports of fights inside.

In Manchester, Conn., state police responded to a mall there after a melee and arrested several people.

That incident was reported between several hundred teenagers.

Meanwhile, in Fayetteville, N.C., another fight sent crowds of people into the cold, again, after fights between teenagers, police said.

Another fight was seen on social media between hundreds in Aurora, Ill., Cleveland, Memphis and Phoenix.

#Breaking: Several reports of a police situation at the Arizona Mills mall. Awaiting info from @TempePolice. Update soon on @abc15