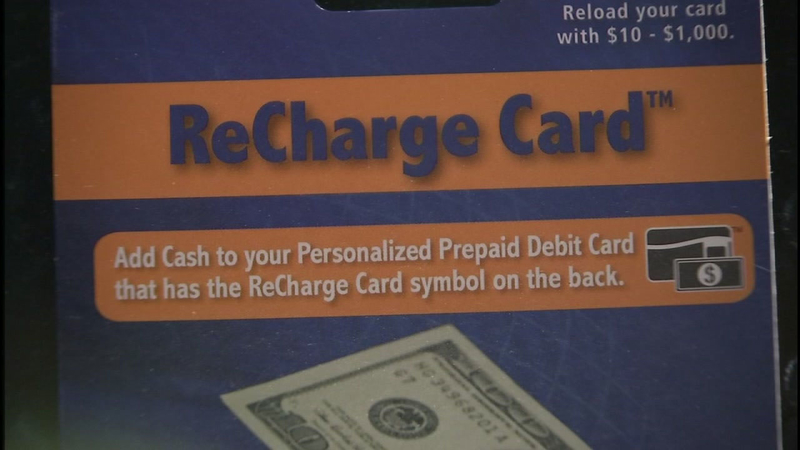 HOUSTON (KTRK) -- There's an unbelievable new twist on the old jury duty scam we've seen over and over again. The criminals are getting bolder, directing their victims to the Harris County Sheriff's Office.

One victim contacted us after being scammed on Black Friday, but asked that we only use his first name.

"I received a call telling me it was the sheriff's department and they had two warrants out for my arrest because I didn't show up for jury duty," Mark said.

So on Black Friday, instead of using money he'd saved for two years to get his truck fixed, he followed instructions to go to Kroger and put that money on ReCharge cards, all while scammer was on the phone.

"I read him off the numbers off three separate cards. Two for $850 a piece, and a third for $800. Then he told me to continue on downtown and he'd follow me on satellite."

When he got downtown, Mark says the man he believed to be Corporal Mark Hollister said he'd meet him in the Harris County Sheriff's Office lobby and hung up.

He asked the deputy working the front desk for Corporal Hollister and found out he was not real.

"I told him what was going on, and he told me that had happened three times that week already," Mark told us.

We called the number Mark had for the scammer. It went straight to voicemail. That voicemail recording even says it's the Harris County Sheriff's Office, but is obviously a cell phone.

"The Sheriff's Office or any other law enforcement agency is not going to call you and tell you that you have a fine, or that you have a fee, or a warrant," Dep. Gilliland says. "The general public needs to know that any time you hear 'We need you to pay this money and we need you to put it on any type of prepaid card or a wire transfer,' that should be a bell in your head telling you this is not real."

He says the only way to catch these guys is in the act.

"Getting as much information as you can. Where can I meet you? And telling them OK no problem, I'd like to take care of this. Tell me where I can meet you and immediately call us. Because that's really the only way we can catch them."

It's information Mark would've loved to know before he got gotten.

"I just can't believe people can do stuff like this and not feel bad about it," Mark laments, "that they can sleep at night."

Dep. Gilliland says the only time a law enforcement agency will call you, especially a large one, is when you're a witness to an investigation or part of one.