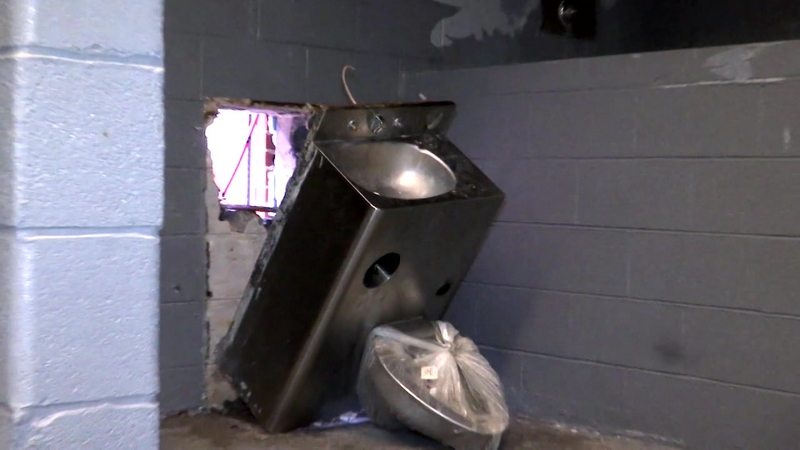 Three inmates are still at-large after allegedly removing a leaky toilet to make an escape from a Tennessee jail, officials said, and three have been captured.

Six inmates from the Cocke County Jail Annex in Newport made the escape Christmas Day around 1:30 a.m., the Cocke County Sheriff's Office said in a statement, but three of them have since been apprehended.

The early-morning getaway was prompted by a water leak behind a toilet, the sheriff's office said.

"The bolts holding the unit rusted out and there was prior damage to the concrete due to plumbing repairs," they added.

Of the three men still on the run, one of them, David Wayne Frazier, 54, is considered to be dangerous, according to the sheriff's office. Frazier was in custody for alleged aggravated robbery and possession of a weapon by a convicted felon.